Review of Feast Of Fools Storytelling #2 at the NN Cafe, Northampton

May 07, 2015
After the packed out venue for the first FOF event a month ago, it was disappointing to have more than a few empty seats for the second one. The likelihood that there were less present was no doubt due to "no name" storyteller performing at the event with this being the local open mic month. However much like seeing the understudy instead of the X-Factor "star" this was no pale imitation. Those that did attend were in for a treat of an evening and the only fools were those that were not there.

Opening the event once again was co-organiser and our regular host Richard York. With a little tune from Mr York we were off again for an evening of tales and a little sprinkling of music and some madness. Richard York himself after introductions told us a couple of mini tales of local flavour including an encounter with the devil at Ecton. These were a couple of lovely little tales to wet the appetite for the evening to come.

Our second teller was Theresa Kelleher and she presented us with the tale of a young eligible man and his problems with a stone and in groundhog day tradition with kept going round in circles. It was funny and well presented and you could never be sure how it would end, but it ended in a life-affirming way and not with my initial thoughts of a JCB.

The final teller of the first half was who I shall call the "Teddy Bear Lady" Sue Martin. This time we were a long way from the jolly fun of too many bears as Sue regaled a tale of a witch and the pursuit back to life. Not quite as dark as some of the tales I have heard mainly due to the fact that the friendly looking Sue couldn't possible tell us something nasty dark. After this tale there was an interval ahead of a startling second half.

The second half opened with first time adult storyteller and super nervous apparently, Lisa Sheppard, and one of the band of people who had helped start the event. Really keen regular readers of my blog (a helpline is available) may be aware that I have heaped praise on Lisa for her performances in a few Masque plays in the past, so this first opportunity to see a solo performance was highly anticipated. It turned out to be rightfully so, as she presented everything that might be expected with a highly animated tale of a slithering and salivating serpent who would eat us all. I think its by far the most active telling I have seen so far, with stalking of the stage and a lovely collection of silly voices to dwell on. We were for ten minutes or so all silly children again and happy to pick bogeys. Well perhaps not that regressed.

To calm our nerves from the performance (and as it happens before they were startled again by the final performer), we had another of the gentle folk songs from Elizabeth York. I say gentle, but the content wasn't gentle as we had death and destruction. It was a perfect place between the other two acts of the second half though.

The final performer of the evening was no less the father of the most excellent Jo Blake Cave, Dave Blake! He told us at the start that he was the perfect example of the storytelling gene skipping a generation. Turned out he was telling a tale there as he was superb with his pun-tastic tale of a husband and wife job swapping to devastating effect. He was also rather animated on stage (not quite as much as Lisa), but his tale was by far the most consistently funny tale I have seen so far. Leaving you in equal measure of hysterics and groaning from the absolute horror of the puns. It was just excellent and a perfect way to end the evening.

So, no big names from the world of storytelling, but with a lovely first half and a simply stunning second, this was just as good as a evening with the professional performers. For those that really didn't attend due to not seeing a name on the bill, I will blatantly say you should be ashamed. This was just as good an evening as the first night and you did yourself a disservice for not attending.


Feast Of Fools is held on the first Wednesday of each month at the NN Cafe, Guildhall Road. There is a Facebook group at https://www.facebook.com/StorytellingFeast and they are also on Twitter @FOFStorytelling 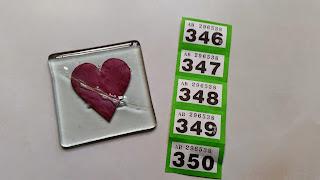