Review of UoN Fringe 2019: Clickbait by Flashdrive Theatre at The Platform Club, Northampton 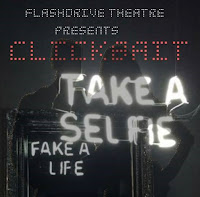 The opening show of the 2019 Fringe Festival (dissertation performances for (BA) Acting and Creative Practice Students) was everything as bold as its predecessors in 2018. During its first year, the Fringe established an audacity to its shows immediately and with Clickbait it was already very good to be back at the festival.

Clickbait is presented by Flashdrive Theatre, made up of performers Shona Bullas and George Henry, and from the outset of the two performers standing in their underwear, we knew this was going to be bold, brave and indeed painful (for them) theatre. 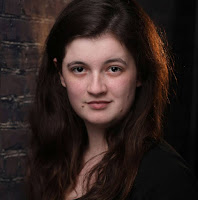 Henry plays Luke and Bullas is Emma, and both run YouTube channels, Luke-ing Good and Emmazing, and while they have some individual success, they seek, like all in this area, more. After a meeting, they create crossover videos on each other's channels and a partnership is quickly formed into a dual channel, LukeandEmma (it rolls off the tongue better, Luke says).

What surprises with Clickbait is how many morals are managed to be explored within it, and it is very tricky to explain without spoilers. However, suffice to say, this exploration digs deep into how desperate some attempts at fame actually can become as Emma and Luke do increasingly desperate and "clickbait" driven projects, at their own personal detriment, both physically and emotionally. 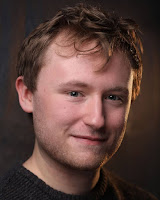 Bullas and Henry are extremely likeable performers, willing to submit their all into the show. There is a quite brilliant Livestream section which happily epitomises this commitment, going through a series of challenges that might make you cringe and squirm a little just watching. This enthusiasm for the piece makes the whole play stronger as a result.

Unfortunately, on this opening performance, there were a few technical issues, with some video becoming crackly on the actually brilliantly put together video sequences, which was a great shame. Also, the loss of one mobile phone output on the television screens was disappointing.

However, technicals aside, Clickbait was a really clever and interesting exploration of the world of fame today. Running at 50 minutes or so, it was nicely substantial, but never boring as the pace is maintained and was an excellent introduction to the world of the Fringe Festival for anyone paying a visit for the first time (including my reviewing companion The Real Chrisparkle). Clickbait entertains and intrigues throughout. Great stuff, so get clicking on that ticket site now and book-up!