Solo pieces at Flash have quite a checkered history, one of the very best Flash shows I have seen was a solo one, however, many of the worst also were. They have the balance of either a performer getting everything right, for both the audience and themselves or as sometimes happens, a single person running wild with limited reasoning and it ending in a crash. The Way from Louise Akroyd and her Cosmos Theatre Company gets, fortunately, everything pretty much right.

We meet her character Vicky strewn across her bed, after a very heavy night. Her makeup still on, mostly in the right place. After a distraught and comical search for her phone, she discovers news from her mother that her childhood friend has cancer. A rift has been between them for years, but is now the time right to seal it? 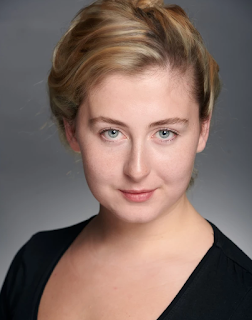 The Way is simple in every way, but that is how it works so well. This is about whether you deal with something that probably wasn't anything in the first place to rebuild bridges before it is too late. It's a gently emotional tale, performed with an incredibly soulful performance by Akroyd. There is no glamour in her initial appearance, and her total belief in the material makes us believe every moment.

I was unsure to the very end whether Vicky was just talking to herself or addressing us directly, but, it mattered not. This story was something we could all understand, we all have someone, or maybe more, who we have drifted away from, most likely for very petty reasons, so The Way is something that works on all levels, and it is just a gloriously little piece of theatre as a result.