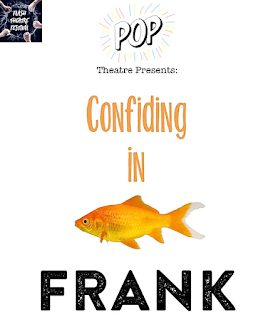 So, for the sixth consecutive year, I once again returned to see the University of Northampton BA Actors perform their final dissertation pieces in the Flash Festival before they embark off into the big wide and scary world of acting.

My opening performance and the first of the week was Pop Theatre's Confiding In Frank, a witty, slightly emotional offering featuring Charlie Mackenzie and Melissa Knott, with more than a little help from Elliot Murray.

Gary is a nerd of the ultimate level, and we meet him having a lightsaber battle with an unseen opponent. A physical battle so much so, that said lightsaber gives up the ghost during the scene. It's the start of a brilliant, if at times over the top caricature of prize nerd material, complete with constant adjustment of spectacles, and overly awkward movement. This awkwardness escalates to new levels when attractive new house-sharer Chloe arrives, innocently bringing with her a goldfish that is going to oddly, very oddly, change events. 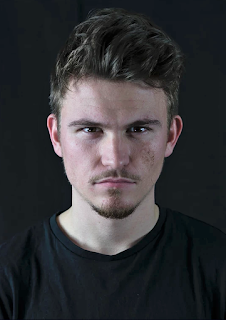 There is little way of avoiding the spoiler that offers a nice surprise early in this play, but stop now if you really want to.

So, the rather interesting set piece of this play, is that the said goldfish, named on a spur of the moment by Chloe, as Frank, can talk, and what follows is our characters reluctance to say what they really feel to each other, but willing to share with the dry humoured Frank.

It is a great little idea and allows us to see the hidden depth of the characters as their emotional connection emerges. These two don't, on paper suit each other, but as Chloe happily states to Frank, and only Frank, she really rather enjoys Gary's company, she feels happy together and just, well, likes him. This allows us the viewer to understand her characters' feelings, leaving her in the play an outwardly rather cold person and not really nice at all. Franks presence tells us otherwise, that she and indeed Gary, just can't express their own feelings to one another.

Knott is good value eventually, despite her first encounter with Frank being far too overplayed. Sure, it's a talking fish, but the exaggeration of shock is a little too much. Fortunately, she quickly becomes more assured in the role, making it work really well in the end. 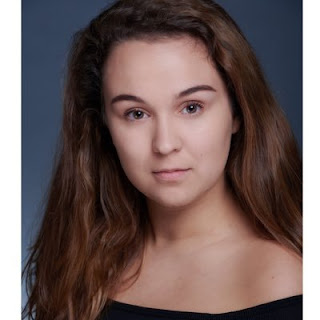 Mackenzie has the interesting task of making a cartoonish character believable, and he walks a fine line of getting it right and getting it very wrong. For me, it is the former, ridiculously crazy, definitely endearing, yes, people like this are a little weird, but they also have hearts of gold most of the time. For me, Mackenzie exhibits that and makes Gary a delight as a result, and when he is left holding the mistletoe, you feel really sad for him.

Frank though, voiced by Murray, gets most of the best lines, and are nicely delivered deadpan. There is, in particular, a gloriously rude chocolate selection box joke, that you will no doubt steal for an occasion, with specifically the right kind of people.

Confiding in Frank is nice storytelling from writer-performers Knott and Mackenzie, it isn't big or clever, just entertaining, and allows them to show their skills for creating characters. I wonder whether it ticks all the very important dissertation boxes, hopefully, it does, however as a piece of theatre in its own right, it is a fabulous forty minutes of entertainment, and for me as an audience member, that is just right!