We are welcomed to the first meeting of Rise Northampton, as the audience gathers, soon to become the members of that first meet of environmental group Rise, at least one of the cast, to the eagle-eyed, is mingling with the paying audience before taking their seats. 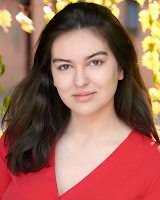 The first scene represents us as the audience of that first meeting, with planted cast interacting with group leader Emma (Franky Harris), offering sage comments at times, others not. Whizzing forward to the next meet, and we are no longer group audience, the stranglers of the cast, the six, form all that come to the next meeting. I know this problem well. 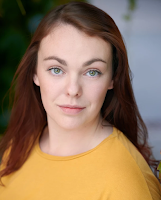 Rise is sharp, clever, fun and informative, laying us the environmental issues in a way that doesn't preach, and perhaps does more than many things before to put the issue to the front of your mind. It really is that clever.

It helps that all of the characters are great, all very individual, and even while there is a conflict between them, they all are very well-meaning people, and yes, you can like them all. 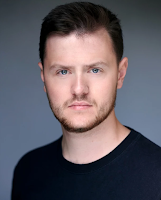 Harris' Franky is a glorious delight, all ridiculously friendly and attempting to keep a reign on any bad behaviour. It becomes an even better character as the play develops and Franky starts to break her own rules, offering even more humour from an already humour-filled character. Likewise the serious parts, and this does get very serious, are balanced well with Franky and all the comedy aspects of the other characters.

A case in point of comedy balanced with seriousness is the brilliant performance of Esther Bartholomew as Martha, a character that would have fitted perfectly in that old comedy The Brittas Empire (on before this cast were born, a shocking thought), and Joseph Mattingley as the insecure Rod, still almost a child in his innocence, but beyond all the comedy and the aww factor he brings early on, has amazing power when the group find themselves making an incredible decision late in the play. 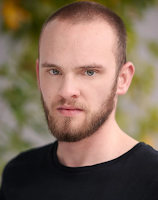 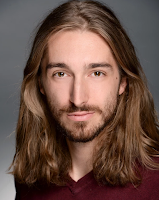 Chris Cutler is huge fun as the posh, perhaps out of place Freddy, who while last to come into the fateful decision, shows as we do expect the resilience to come through in the end. Daniel Hubery's Jeoph (Jeff or Geoff to you, a brilliantly played joke) is perhaps the least likeable character, coming in with his opinions, and decisions that go greatly against the group's ethics. However, despite his antagonistic nature, he also becomes one of the funniest characters thanks to Hubery's now trademark deadpan delivery, and ability to create hysterics just from a look. I don't doubt that Mr Hubery will go far. 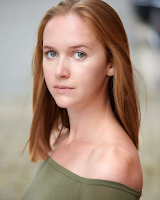 Finally, Hannah Magrath's Sapphire takes a slight backseat during much of the play, channelling just great use of her facial gestures in her scenes. The character though has perhaps the most important scene at the end though, and Magrath gives it a controlled and emotional delivery that ends this brilliantly constructed play on a very thoughtful note.

Rise is excellently created, performed with style and goes more distance in putting its theme across than many a dry news report can do. Highly entertaining and thought-provoking indeed.