At some point, a regular audience member of Flash Festival needs a show that lightens the mood completely, as the trauma of themed issue shows can take its toll no matter how good they are. So, step forward Oh Arthur, a combination of some of the best moments of comedy and setpieces perhaps yet seen on the Flash Festival. I might have to hark back to the exceptional Sell-By-Date in 2014 to find a more consistently funny offering. 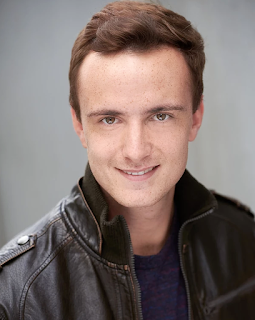 Arthur is a layabout, a generally useless creature, bringing nothing to the world. In his wake are the victims of his inability to even attempt life in a good way, so, here is his mother, his girlfriend, his best mate, and others, dealing with him and his horrible behaviour.

So, what's to like about a show with a person with no endearing features. Oddly enough, the superb performance of Simon Roseman and the intricate scripting make him likeable, sort of, in a way we like David Brent, well a little. It makes the unlikeable likeable in a devilish way. Roseman truly is amazing as Arthur, on stage for virtually the whole play, he makes the character his own in every deadpan moment and knowing look to the audience, as this show plays with the audience in a carefully calculated way for ultimate effect.

While Roseman is Arthur, his co-star Tyler Reece is everyone else. Quick changing into everyone from his socially awkward mate, his mother in a crazy giant wig and the red-dressed girlfriend Daisy, Reece perhaps performs the best single comedy performance of my six years at Flash. With exceptional timing, vocals, and mannerisms, you believe every larger than life character. There is almost the most perfect moment of theatre as well when a reveal creates a show-stopping moment, made only possible by the talent of Reece to create such a dramatically different collection of characters. 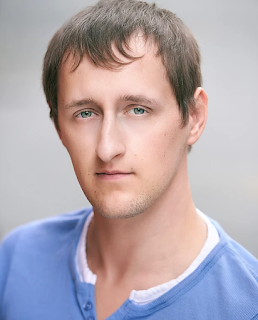 Oh Arthur at its core does have a serious heart, but it is not really what the show is about. We all know people like Arthur, and while the concept of Therapy with a Push is an interesting one, it is less important than the comedy plundered here, it lets you think a little, but mostly it just makes you laugh. Endlessly.

The team of Roseman and Reece are a force to be reckoned with, perfect working together, creating one of the ultimate Flash shows, and they should most definitely work together again beyond this. Huge performance talent, exemptional writing skills, and they know just what their audience wants. In the top five shows at Flash for me, and I have had the pleasure to see nearly 70 of them now, so, yes, this is very, very good.