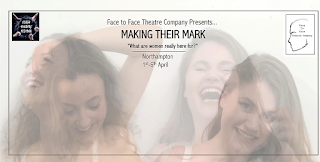 Making their Mark is created and performed by Hannah Bacon and Amy Jane Baker, otherwise here known as Face To Face Theatre Company. The "making their mark" reference in the title, here isn't about a woman becoming more relevant to society specifically, but here with the case of Baker's character, the need to bring a baby into the world. The feel that this is what a woman's role might be for some, and with her character, the inability to do so. It's a surprising approach to a female-led show, and fascinating mostly in its creation. 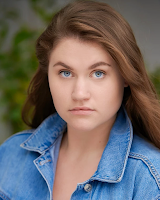 At only thirty minutes, it isn't particularly long, but in that time, Baker exudes great emotion from the audience, while Bacon, as a collection of other characters, helps to move the story. Both perform the piece excellently, with Bacon as a rather overplayed (in a good way) Made in Chelsea like work colleague, and onto a rather clinical doctor, and also as the slightly annoying, has it all (in the child sense), sister. They are all clear and very separate characters, nicely played.

Baker, however, other than the rather curious housewife segments from the 50s, which I don't feel add much to proceedings and feel out of place here, remains as the rather desperate and distraught Abigail. It is a very good performance, leaping from the potential joy to come and the stark realisation of losing, in an extremely convincing way. Together with Bacon, they have created a nice, concise piece of theatre. 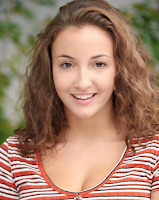 Making their Mark ends with a collection of stark bits of information, tough hearing at times, reminding us that things still have a long way to go. There is also at the very final moment a video of some talking heads, and while it's good to hear them, personally I am not a fan of seeing a play end on recorded pieces, this moment should be the performers in my opinion.

It's a good show though, a well-performed two-hander, which teaches a little more about a different spin on the life of a female in today's society, and if we all learn something from a show, it's generally a show well done.