May 20, 2016
The Final Cut by Elizabeth Adejimi (LaZénna Theatre) stood out early in the announcements of shows for this years Flash as the one that initially felt was going to be the hardest to view. Knowing enough about the subject matter of Female Genital Mutilation+ and understanding the absolute barbaric nature of the practice did make it sound that it might be a traumatic viewing. I probably felt that it was a subject that I felt I could do little about and really wasn't sure I wanted to sit through a forty minute exploration of it.

I was wrong though, as while this does become really difficult to experience at the important ending of the play, Elizabeth creates a living world to tell the story first in a vivid and entertaining way. Told through a variety of characters it appeals at first, before it finally appalls.

The main character of the young lady is magical and inspired, the large eyed innocent girl, staring up at her seniors, fond of stealing a snack or two and exchanging comical moments with her mother. She is a real character and your fondness grows for her as she goes about her life. At that time probably not knowing what is to come soon in her life.

As well as the female characters in the play, Elizabeth depicts a couple of male ones and perhaps the most absorbing one is that of the hunter. A tremendously stalking performance and one that really bleeds into the soul of a few of the audience as she stares deep into their eyes. It is however the female roles that are the most important in this story and indeed within the practice. These are, quite scarily the instigators in the continued practice of FGM, which of course makes the situation so much more unbelievable and distasteful.

The performance from Elizabeth is absorbing and the transitions between characters is perfectly planned, full of slow gliding movement and pauses as the various simple costume changes occur. It is all very effective and telling and puts across the practice in a thought provoking, but not preaching way. It is all really intelligent and I challenge anyone to come from the show without having learnt much more understanding of the barbaric act. 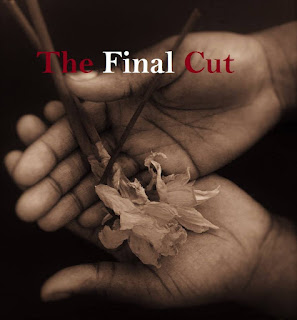