May 25, 2016
George Marlow from Barefleet Films has taken a gamble with his solo Flash production and gone on the path of using other peoples material and speeches far more than any other show. In fact I got the impression that pretty much most of the show is available elsewhere and this is very much highlighted by the final scene that sees George holding in darkness his laptop, a montage of footage featuring much of what we have already heard.

What we do get that you won't get elsewhere, is George's performance of all these pieces. As they have come from various other sources, George is required to become those people, be they performers or more starkly and disturbing a victim of rape.

To wind back to the start, The Anti-Social Network takes as its subject the fact that all these social networks that now millions of us inhabit, actually create a non-social world. We all live on Facebook or Twitter and just stare observing are likes, friends and favourites tally increasing and hardly even interacting in real life. Perhaps this is true for some, however personally it has opened up a new world and many people that I have first met on these mediums have now become good friends in what we like to call real life. It is perhaps true that for many it creates a reclusive nature, however this is as I always say, not the fault of the machine but the user and I suspect that in most cases, they would have been slightly reclusive in nature before. Since using these mediums myself, I have certainly become less reclusive.

None of this is to put down the message that The Anti-Social Network makes. The stories told are sad, horrific and funny in equal measure and they are impressively put together by George to create a thoughtful piece of work. This is George's peak for me in all the shows that I have seen and it is of course the best time to peak. He is brilliant company in the confines of the basement creating a friend rather that a performance with just sixteen members of the audience. He shares cookies with the audience and offers them a finger, thankfully of the chocolate variety to the relief of the audience. He has several up on the feet to dance with and at the end we are all up and sort of dancing, and he exchanges a hug on leaving with every member of the audience.

It is never short of fascinating and is often quite brilliantly entertaining, almost nothing in the Flash week beats the perfect performance of that rap. It is also heartbreaking as the rape victims tale is told, the horror of that moment of the perpetrator popping up on his friends you might know section is portrayed brilliantly and sensitively. It is a consummate performance from George and was a real quality piece for me to finish my Flash Festival week with. Poignant and powerful. 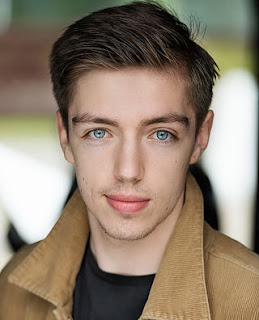