Review of UoN Fringe 2019: Working For The Man by Naked Truth Theatre at The Platform Club, Northampton 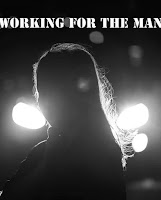 When looking at the prospect of the Fringe performance Working For The Man, it is slightly difficult to work out who is the bravest person involved in this remarkable one performer, one audience member show set totally within or around the edges of a car. I guess I would in my case, say myself, but it takes some daring for performer Ellie Lomas of Naked Truth Theatre to also create a piece that offers the boldness that it does.

Working for the Man is perhaps unsurprisingly about the sex trade, and explores exploitation and how, or if, prostitution is taken as a serious profession. 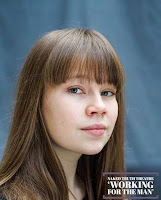 It involves no live audio dialogue from performer Ellie Lomas, instead, she inhabits a purely physical performance, that is progressed by the use of a pair of headphones which you are given at the start. Across this audio are instructions of what to do. "Get in the car", "sit in the middle seat in the back", "open the glove compartment" etc, as you move to different areas of the car. As well as these instructions, true stories from sex workers are told, garnered from 'Nordic Now', an organisation which fights for the rights of those workers. You are also given instructions regarding what to do if you wish to cease the performance with a safe word.

The audio itself is cleverly constructed, and genuinely brings great emotion in how it is relayed upon you. It doesn't preach though, it is clear and concise with the information it relays with how the stories are relayed, and from all this, you leave enlightened, but also from some of the stories broken. 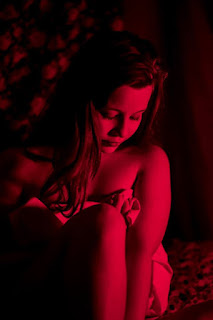 Obviously, the talking point from a theatre performance point of view though is the rest, and this, described as a little weird in concept by friends that I explained it to, is truly powerful stuff. Perhaps uncomfortable at times, but perhaps less than you would think, because, you quickly get into the concept of how it works. There is no question that it becomes very intimate at times with audience and performer, this doesn't really hold back. The closeness of the scene in the back of the car is quite prolonged, and for myself unexpected, so much so, that I wasn't in the right position at all for it comfort wise, so, that was an issue. However, the unexpected is how this piece works, there is no holding back in the power of the performance from Lomas.

It is also impressively constructed visually. Using the car as the theatre space, the placement in the various seats throughout offer some incredibly powerful angles, front seat rear uses the bonnet at the most perfect performance area, driver's seat allows the rear view mirror to hold that perfect final sequence to completion. It is almost a little filmic in the way it is brought about, and in that, totally superb. 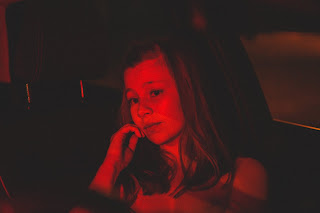 Perhaps the only true criticism is how open the theatre space is for this, the whole piece being performed outside the cafe, and by outdoor seating, actually makes the location more uncomfortable than the piece itself is at times. It's true that this is as much an issue for the performer as the viewer, but a little more closed location would have made this more about the show, and indeed it truly being a one-on-one performance, and less the thought that actually you are part of the show as well. Which for many an audience member, that is not what they would want. 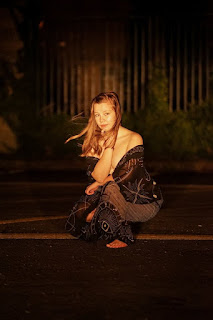 I enjoyed the idea of Working for the Man, it is bold and truly inventive theatre, nothing like I have experienced in my six years. This is truly immersive theatre, and while it can be uncomfortable at times, that is the point, and Lomas has set the bar extremely high for challenging and dynamic Fringe shows of the future. It wasn't the best that the Fringe had to offer this year, but perhaps, it was the most important, for setting the framework for how truly bold and immersive these shows can be in future years.