Review of UoN Fringe 2019: Eve by Veto Ensemble at The Platform Club, Northampton 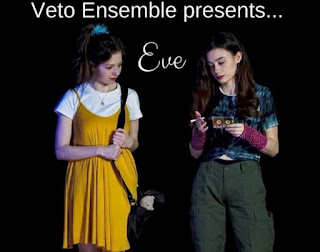 The Fringe Festival programme informed me that Veto Ensemble's Eve is based upon the biblical tale The Legend of Lilith. However, as someone who has only touched a bible since RE at school to move it in a drawer of a hotel, I'm afraid the reference is lost on me. However, a quick Google tells that Lilith is a wilderness demon and/or the first wife of Adam. So, taking the title Eve into account, I'll accept the latter reference as relevant here, because even a heathen like me recognises the relation between Eve and Adam.

However, actually, none of this matters really to enjoy Eve, as this is basically a tale of friendship told in 90s flashback and modern times and its theme of dealing with both broken friendship, misogynistic society and rape. 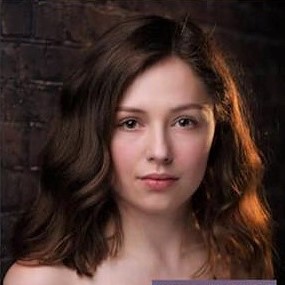 Eve therefore clearly tackles the tough subject matter, however, it has a lightness of touch to never be uncomfortable, but making its theme clear. It helps that it has two special performers, and at times very different ones as well. Amber Winger as Evie has a wonderful wide-eyed personality, sweet-natured and innocent to the world around her. In the night out scenes, we experience through both her facial and uncontrolled physical movement the breakthrough into a world new to her.

Rosalie Evans, however, plays what is almost the straight person in the piece, harder-edged, the controlling factor of this friendship and cruel enough to dump her friend in it, but a nicely played realisation when events truly become clear. 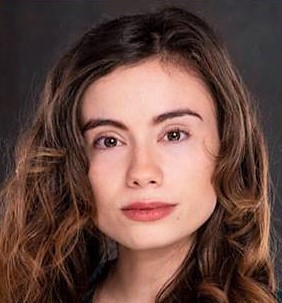 Eve is an excellent physical performance, with an excellent amount of clear and controlled physical movement, and despite the fact that their lightness of movement is carefully done, my weak ankles could be felt to be cringing through the performer's commitment at times.

In a nice collection of scenes that form this story, perhaps the best happens early on, when a lip-synching scene has the two performing various classroom members from the girls, boys and the teacher, with the boys expressing their vulgar thoughts and both Winger and Evans nailing both the physical characteristics and timing in style.

Eve offers food for thought, it is a familiar tale that has been tackled often before through the University shows, but here it is given a freshness of ideas to make it once again through-provoking, and is both written extremely well and has two classy performances. Excellent stuff!