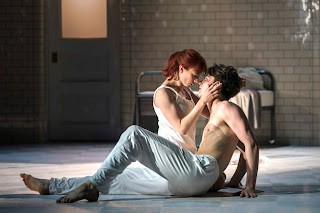 Despite now having seen a few dance shows encompassing many different styles, I had yet to see one developed by Sir Matthew Bourne, a controversial player in his time, but as the relatively recent knighthood suggests, now very much embraced by the establishment. So, does Romeo + Juliet live up to his name, that is the question?

So, first, this might normally be where I give you a brief outline of the story, but, for one, most have a general understanding of the love disaster of William Shakespeare's play already, and two, as it turns out from the Bourne production, a huge amount of what you might be familiar with has gone or been dramatically changed anyway. There is shocking complicity in murders, there are different moments of murder and gone are the warring factions of the Montagues and Capulets. Characters themselves feel very different at times also, to such an extent that even knowing the play doesn't always make it clear who is who at times.

So, if all that sounds very negative, perhaps it is meant to be. However, that is just the issue with this production not being Romeo + Juliet as we know it, and if that is a problem, maybe you might not like this production. 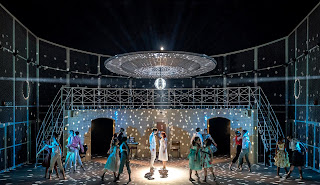 If however, you are looking for a surprising take on the old story; stunning choreography performed by an exceptional group of dances across the board; presented on a set of total shiny splendour from designer Lez Brotherston and young associate Elin Steel; and to the sound of the beautiful work of Brett Morris and his musicians, you are in luck as Romeo + Juliet is all that.

While being presented totally as a finished piece, Romeo + Juliet is also a work in development and as it tours across the country, with two different casts, it is constantly being developed, the show last week, isn't the show it is this week. It's a fascinating and unique development process, which Bourne is probably one of the few that would be bold enough to try. 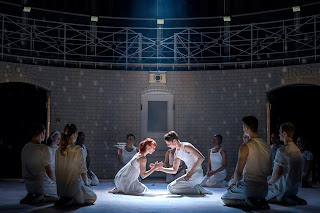 This doesn't make this show unfinished though, it is very ready for the stage, with leads Paris Fitzpatrick as Romeo and Cordelia Braithwaite as Juliet, and the rest of the performers presenting a stunning piece of work. This whole production brims with energy throughout from the dynamic opening, with reworked and reordered Prokofiev, maybe sounding a little more rugged that you might have heard before.

The setting of a futuristic Verona Insitute works well, and the set complete with shadows and reflections of the dancers, upon the tiles looking like pixel versions of the performers, giving the piece a suitably clinical look.

As well as two brilliant performances from the leads, other highlights include the wonderful traumatic piece performed by Hannah Mason as Frenchie and a wonderful comic turn from Daisy May Kemp as the Rev. Bernadette Laurence. Elsewhere, Dan Wright's immensely strong and towering Tybalt is another highlight. 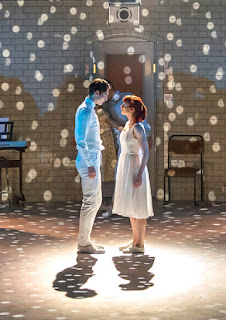 There are six brilliant local performers also, as is the twist with Bourne's New Adventures strand, these are all deserving of a namecheck, so congratulations Karishma Young, Alanah Corbridge, Elsie Ward, Jamie Blackadder, Edwin Cheng and Matthew Brion. Sterling work!

So, Matthew Bourne's Romeo + Juliet is a treat, no question. The dancing and choreography are superb and the dancers are stunning, and it looks tremendously good as well. The plot is extremely loose in it's telling of the original, and you perhaps never get the full emotion you might want from the telling itself. However, I doubt that anyone truly will go away disappointed from this lovely evening of contemporary dance.

Captivating dance from a company of exceptional dancers, but tells a very different version of the classic story.⭐⭐⭐⭐Performance reviewed: Wednesday 29th May 2019 at the Royal & Derngate (Derngate), Northampton.

Richard III is at Royal & Derngate until Saturday 1st June 2019.