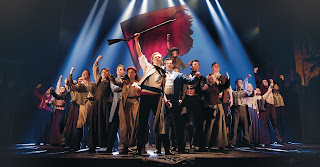 The musical version of Victor Hugo's 1862 novel Les Misérables has been thrilling audiences for over 30 years, and in London is has run continuously since October 1985, so, it is safe to say that it comes to Milton Keynes Theatre on it's UK and Ireland tour will some pedigree. I don't need to sell the name to you, and I didn't need to sell it to myself, because despite never having seen the full version, it is still one of my favourite musicals, thanks to seeing two different School Edition productions and the 2012 film. However, how does this version, the 2009 reimagining of the original stage show stand up on this tour production?

After 19 years as a prisoner, Jean Valjean, imprisoned for stealing bread, is freed by Javert, the officer in charge of the prison workforce. After Valjean promptly breaks parole, he uses the profit from stolen silver to reinvent himself as a mayor and factory owner, but Javert vows to recapture Valjean and is on his trail across the years. 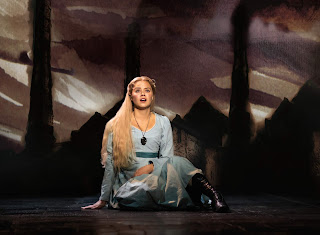 This sung-through musical, music by Claude-Michel Schönberg, with original book and lyrics by Alain Boublil is a remarkable show, with an often incredible series of seamless songs. As such a remarkable show requires, this needs a marvellous cast, and director Laurence Connor and James Powell have just that.

Key of course to Les Misérables is the role of prisoner Jean Valjean, and in Killian Donnelly, there is an amazingly emotional performance, from the trodden upon prisoner to the refined and kindly mayor, and to his latter days, over the course of three hours, Donnelly gives us a full life story of one man, with incredible power. He has an amazing singing voice which holds up to all the challenges of this soundtrack and you feel his pain throughout, it is an extremely impressive accomplishment. 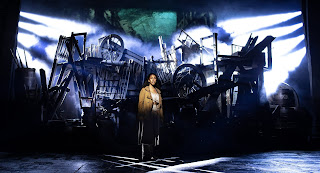 Elsewhere, Katie Hall keeps the performance of total raw emotion as Fantine, her singing of the classic I Dreamed A Dream is one of the highlights of the evening and her work with Donnelly I suspect also leaves few eyes dry in the house.

The perfect balance against the sad moments is provided to Thénardier and Madame Thénardier played with relish by Martin Ball and Sophie-Louise Dann, and they and all of us are having great fun during the iconic Master of the House routine, so busily produced visually that you are guaranteed to be missing a great little comic moment while watching another one. 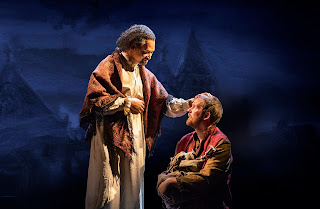 Joseph Sheppard is a quite brilliant Gavroche, with his bounce and enthusiasm catching on totally with the audience, he creates this quite brilliant character in itself in a superb way and steals each scene he is part of.

Tegan Bannister and Bronwen Hanson both give subtle performances as Eponine and Cosette respectively battling for the heart of Marius (Shane O'Riordan). Bannister is especially good in the act two opening solo of On My Own, powerfully and emotionally charged performance.

A final mention of the cast must go to the incredible Nic Greenshields as Valjean's pursuant Javert. His frame embodies the role, and the authority of his performance is perfect. There is also a no better moment in the entire show than his quite staggering rendition of Stars. Spine-tingling as a song on its own, here, it has never been sung better and rightfully gets the longest applause of the evening. Simply stunning. 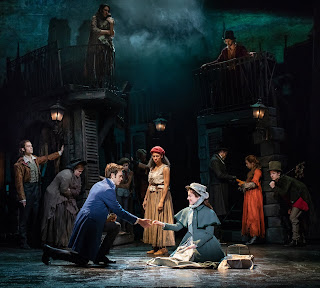 Staging in this production is of the new 2009 version, revolve, still present in the London production, for now, is removed, and here quick set and fluid changes are the order of the day and some quite brilliant use of projections based upon Victor Hugo's original paintings. Some of these animate to extremely clever effect, especially with sewer work and a key Javert scene.

The music is provided by the 14-strong orchestra under the direction of Ben Atkinson, and the bold numbers such as the superb At the End of the Day and Do You Hear the People Sing? are stunningly performed by the full company, filling the theatre with superb sound.

Les Misérables is an incredible piece of theatre, there is little doubt, its success over the decades has proven this, and here this excellent touring version keeps the standard at the top level. It's performed by an excellent cast across the board, and staged superbly, and provides a stunning evening. Tickets are admittedly quite expensive, so this has to be a consideration, however, it is extremely unlikely to be a disappointment, so is without question a special treat.


Lavish and gorgeous, sublime to listen to, this is theatre at its very best. 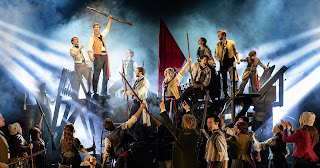