June 17, 2017
Dispensible from March Theatre Company concluded my packed five-day charge through this year's Flash Festival and if I was at all jaded by the sheer amount, this fifteenth one-man show would have revitalised me back to life with its intensity.

Ruark Gould presents us with three soldiers through time, like Dickens' ghosts, the past, the present and yet to come. Via this sharp neatly performed show we see that no matter when the traumas of warfare are the same. Sure the future is imaginary, but it is believable in every way, and to quote a game franchise, it's true that "war never changes". 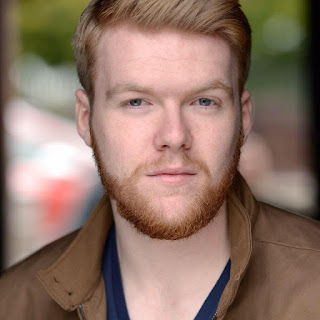 This was the only Flash this year in the vault space of Hazelrigg House with its compact 10-15 seating space, and perhaps it truly is perfect for this play. Allowing us to experience the claustrophobic nature of encampments and dugouts like those the character lives through. We are absolutely in the environment of this play and with its clever use of lighting and indeed absolute darkness, not possible anywhere else, this becomes a rightfully traumatic affair at times.

Ruark brings the characters to life well, although they are a little similar at times by their nature and I have to be honest I didn't fully live the path of the storyline much, just feeling that we had crashed into their lives for a brief period and then the play stops.

So Dispensible was interesting but never the high point of this year's Flash (but far from the bottom point), it was excellently performed but just a little lacking in the material at times.