June 05, 2017
Upon entering the church to see Ben Sullivan's one man Flash show about alcoholism, you are presented with a neat little stage setting of a chess board with cans and bottles representing the pieces. It is a genuinely clever idea and lays the grounding for this extremely well performed and balanced play. 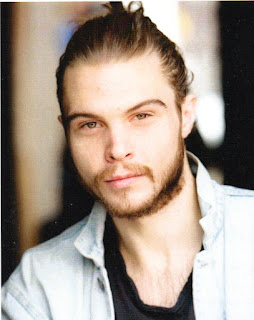 During the piece, Ben plays three characters affected in some way by alcohol. We have the first, a son of alcoholism, a disturbing and emotionally charged monologue portraying well the damage that drinks cause to the family. Then we move onto an occasionally comical posh guy and his checkered past with the devil's water. Finally, we have an Irish chap, a would-be quitter whose world is collapsing as a result of his failure.

Each of the characters is tremendously well created without descending into stereotypes and the three are expertly ordered as well, with the calmly relaxed delivery of the first moving into the much more physical of the second and finishing on clearly the saddest story. It is a piece of exceptional storytelling often in its simplest form with the static approach of the first piece especially, however, Ben brings to life the three characters with amazing skill and maintains them throughout, including a constantly solid Irish accent.

Often this play feels just too simple in the exterior, however, this is its strength, stripping away excesses of over complicated stage shows and relying on genuinely great acting and powerful narrative. A true gem of Flash.