March 20, 2016
Following the emotional trauma of Blue Stockings, for my second play from the University of Northampton's third years, it would have been nice to have a gentle cool down. Days Of Significance telling the story of love lives and their own fears for a future on the front line in Iraq was not to provide it. Never in my experience so far have I been welcomed to a play with such aggressive and upfront material as this from Roy Williams. A barrage of F words, a minor mortar of a prosthetic penis hanging limply from an actors trousers and then an artillery shell of C words to make sure the enemy/audience is totally wiped out. I am quite frankly not surprised that an elderly couple did leave the show relatively early in the first half as despite our understanding that this was a war themed play, we were little prepared for the "Battle Of Bridge Street" opening, to give it a local theme.

Fortunately myself, while not likely to partake in verbals to this extreme, rarely, maybe never has found himself offended. I only think personally that constant use of swearing in work is quite frankly lazy. Sadly in this work, much of it is totally lazy. The problem on top of the barrage of expletives is that it gives little for the audience to like about the characters. This play is absolutely brimming with just really horrible people. Even in a challenging play, you need people that you like to get an edge into the play. At the end of the two hours, I think quite honestly the only one I slightly liked was Lenny, the only old character in the play. The rest I never wanted to ever see again.

However having totally destroyed this totally horrible play, I must get onto the performers. While I am sure they loved breathing life into these people, I remain and always will feel sorry that they had to do it. Performances however are top notch with very few letting the side down. Many of the actors were playing opposing gender roles to stir things up and in these I particularly enjoyed Matilda Hunt and Sophie Guiver's performances. Hunt suitably repulsive (a compliment) and the aforementioned sufferer of limp male appendage, while Guiver once again the tough gritty portrayal that she does so well.

Stuart Warren pops up again after his repellent character of Blue Stockings, and while he is not exactly likeable, it is a tremendously different character, It is a wonderful opportunity to see this contrast in performances so quickly and he certainly does not fail in bringing life into a new character.

I really enjoyed watching Penelope May as Hannah, again while this was a character constantly trying to be detestable, she very nearly made her portrayal someone to like. Most especially towards the end when the performance was getting towards the tenderness that I would so have liked one character in this play to exhibit. She was also in two of the best scenes of the play with that brief heartwarming dance with Jamie (Connor McAvoy) and later that awkward challenging one with Lenny (a quite brilliant Jake Rivers).

The final individual mention must go to the ever reliable Aoife Smyth as Trish. Once again I hated the character, however I absolutely loved everything about the performances. Stark and brash to the extreme, it was everything needed of the horrid character and Miss Smyth remains one of my ones to watch.

So the University actors did not let the side down and while I fully understand why this play would be selected as a tremendously challenging piece for them to perform. I remain quite clear in my opinion that picking it was one step too far to endear these plays to an audience outside that of family, students and friends. One which these shows deserve. I hope quite honestly that the couple that left were family, as I would be horrified that a couple of casual viewers could be put off from attending these wonderful shows again. So the most horrible play I have seen the Uni actors perform, but still brimming with top notch performances. 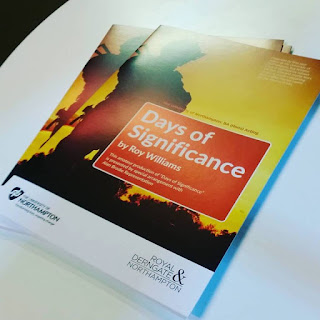