Review of Feast Of Fools Storytelling #10 - Eamonn Keenan at the NN Cafe, Northampton

February 05, 2016
After two months of open mic nights, the Feast of Fools returned to a special guest night with Belfast Londoner Eamonn Keenan. However first up we were treated to a slight open mic night for a half hour warm up from familiar and in one case unfamiliar performers.

Opening the evening once again was the music of Richard York, this time again joined by Elizabeth York on the harp (which was to be used a little later in the evening as well to storytelling perfection). Richard York was also our host of the evening and gave us a comic and perfectly sneaky short tail of a shepherds sheep being missing. The perfect punchline that went down well with the assembled audience, even if I am sure the sheep wasn't impressed.

Our next teller was the new performer for the evening, her name Anne-Marie Sandos. A playful teller and as she informed us, usually a teller to children. So we were given big and bold telling painted with vast broad strokes, much like Feast regular Lisa Shepherd (and indeed some highly challenging snoring threatening her crown). We were all recruited into the action, so there was wailing, rattling and a good bit of moaning. However certainly none of the latter for the story as we were absorbed into the tale of the skull with the super dark, deep black eye sockets.

The final teller before the guest performer was Red Phoenix once again, this time with a tale of a deadly ogre who meets its match in its meeting with an elderly lady. It was all great fun and some tremendously loud moments. This all set the scene for the main event of the evening.

Mr Eamonn Keenan comes across at first as quite an innocent, genial and quiet character. Softly spoken his tales ease from him in a soothing way. Then all of a sudden there is a moment that could have a unprepared audience member falling from their chair. It makes for a fascinating and occasionally funnily tense situation as you sit ready for the next thrill.

His tales at times felt like you were watching an open mic night as he moved between styles and themes smoothly. Sometimes we could be in the midst of highly suspect blarney as he tells us of these seemingly magical links that the Irish have with things you wouldn't imagine, including a shocker featuring Father Christmas that I am thankful there were no children present.

I loved the opening tale of the harps, which was enhanced with live playing once again from Elizabeth York. Even his own brushing with fame on the silver screen were made into an effortlessly entertaining tale, including the prerequisite of a mention of Game of Thrones. Even a tale with a highly suspect angle of playing with a gentleman's gaming stick suddenly became such a joyful tale of love in a beat.

There were magic unrepeatable moments where the whole audience was involved in the most ridiculous race you could imagine and then finally ending the evening with a lovely tale of ships a sail on the ocean representing various emotions, It was indeed an entertaining evening where the audience was in the hands of an effortless performer. You could imagine quite happily that he would keep you entertained for many as hour more.

So yes the Feast of Fools came up trumps and smoothly eased me past my concern of it not being an open mic night with a guest of superb quality. Thank you to all the performers, and to Sue, Theresa and special thanks to Tamsyn for going beyond the call of duty to keep everyone refreshed. Also special special thanks to the lady in front of me for not taking all of the prizes despite the gods obviously wishing it. Although it didn't get me a prize though, so there you go...

Performance reviewed: Wednesday 3rd February, 2016 at the NN Cafe, Northampton.
Feast Of Fools is held on the first Wednesday of each month at the NN Cafe
Full details can be found at https://www.facebook.com/StorytellingFeast and Twitter @FOFStorytelling 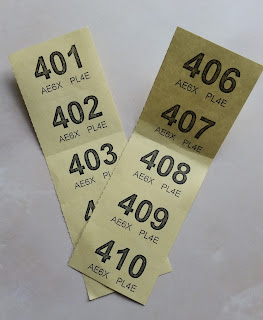