Flash Festival 2018: Out Of Shot by Periscope Theatre at Castle Hill, Northampton 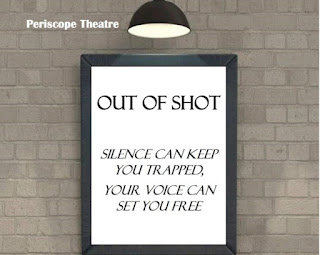 In April this year, the first woman was convicted following a new domestic violence law introduction, and it couldn't, therefore, have been more timely to have seen this devastating performance from Periscope Theatre. As although at first, preconceptions suggest we are watching a man's abuse of a woman, it quickly transpires that Out Of Shot has tipped the scales in the opposite direction. 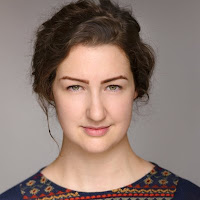 What flagged it up for me, and probably for many in the audience, was a burn from an iron. Innocent enough, but enough to bring to my mind that we were to see the less acknowledged side of domestic abuse. From this moment, Out Of Shot began to turn into an extremely intimidating piece of drama, tense and disturbing. At the helm was a tremendous and extremely scary performance from Grace Stewart Hogg as Siena. Hogg was simply incredible spinning the innocence and sweet nature with a heavy suggestion of being the victim in the police interview scenes, and turning that on the head with the private home scenes of violence towards her partner Andrew (Robert Barnes). 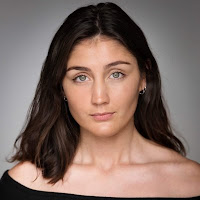 These scenes are so well created, lurching from a calm to a destructive nature, the scene that creates the definitive switch where Siena strikes Andrew to the ground is an amazing moment. The tables are thoroughly turned at this point, and the whole piece disguises nothing more from its audience, as we see everything that Siena controls, from who he sees, to where he goes and to what he spends. This whole piece becomes an increasingly tense journey with every moment.

The secrets are still hidden in some brilliant scenes of calm, alongside the interview sequences, a scene between Hogg and Zoe Elizabeth as her neighbour (one of three characters she plays extremely well in the play, including Andrew's sister Emily), is so finely balanced. Believable and calm in every way and beautifully, but frighteningly played. 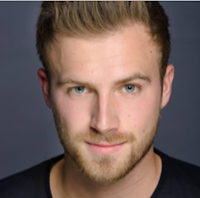 The Out Of Shot of the title comes from a clever idea where Andrew sets up a camera to record what is happening to him. It's curious you might think that this should happen if he is so much into the fact that he is being abused, that he would set out to film it, why would he even stay? These are the questions that only victims could attempt to answer perhaps, but Barnes plays Andrew with a definite edge of believability, he loves Siena, and no matter what, he believes that that love can get him through this.

The key sequence of the film towards the end of the play, while not quite perfectly timed, really is a fabulous piece of theatre, the two worlds of film and live action merging together, to allow us to view the "out of shot" crucial action. It's brilliantly created and prepared, and most importantly, extremely believable.

Out of Shot is superb, there is no question on that. All the cast are excellent, although Hogg stands out for the menace of her performance. After a week of admittedly being the downtrodden sex in the Flash Festival (which I guess, is fair enough), it was nice to just get one tilt the other way. Quality theatre, excellently performed.