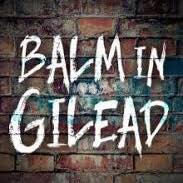 Watching the production of Balm in Gilead sees my entering the fifth year of following the University of Northampton acting students, and what theatre they have provided over the years!

Balm in Gilead is no less intriguing than anything that has gone before, written in 1965 by Lanford Wilson, you might think this would be a dated item for the young students to be performing, however, nothing could be further from the truth. Set in a cafe (transposed to England from its original American setting), it sees the lives of addicts, homeless and sex workers converge into a mixture of good but mostly bad moments.

My first time in the Maidwell Hall saw an encounter with a brilliantly realised community full of the world of the cafe and the surrounding homes, cardboard boxes and dishevelled beds. As we enter the characters of this world begin living alongside us, addressing us, begging us for money, pushing shopping trolleys around offering off the cuff exchanges with the audience and confronting one another in casual conversations. This show very much begins long before the non-existent curtain up.

There are a pair of lead characters within the large group of eighteen performers and they are Joe (Joe Roberts) an essentially good person, who ends up by necessity doing wrong things. Here in this world, he meets American Darlene (Charlie-Dawn Sadler), our second main character, and his potential world beyond this godawful place opens up. Obviously, this play doesn't deal with good news and life events, so things don't exactly work out. 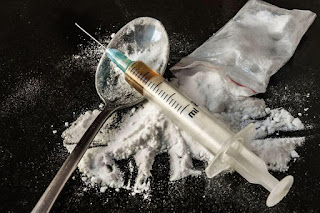 As the leads, both Joe and Charlie-Dawn are at ease in their characters, Joe brings a lightness to the role at times that belies the horror around him and the eventual path he treads hits home with the audience more because of our growing affection for him and what a future we could potentially see him having. Charlie-Dawn lights up the stage with her clearly out of place character and has one of the greatest challenges in the play with an exceptionally long speech within this, until then, sharp snappy and overlapping play. It is quite a turn of style after the audience has battled over following multiple conversations on stage at the same time, and it is no small achievement that our attention is grasped and held during this scene.

Beyond these two, are a captivating collection of people, not least the rather brilliant Dopey played by Bobbie-Lee Scott, a glorious performance which has the challenge of addressing us the audience directly. She delivers confidently and makes the whole piece at times feel improvisational, making you the audience feel you are in the presence of a real person.

I absolutely loved the two cafe workers, Lyn played with bravado at times by Jemma Bentley, never shying away from dealing with her often very troublesome and potentially dangerous customers. Meanwhile, we also had the delightful Trace played with a wonderful gentleness by Bethany Williams, perfectly cast and flawlessly played.

The vastly contrasting role of Franny was executed with exceptional skill and calm delivery by James Alistair Walker, part-time transvestite, part-time henchman. As the latter, he was truly chilling and with a great deal of skill and calmness transferred from his two worlds at the side of the stage uder the eyes of the audience. Pretty brilliant, all told.

Balm in Gilead was tough viewing and laden with some very expressive language, however, in this show it wasn't out of place, feeling very in keeping with how this troubled world would act. It was cleverly created within the space and made to feel very natural by both director Tony Bell and the performers, who all played their important parts in making the world a living breathing world.

A wonderful thought provoking way to enter my fifth year watching the talent that continues to spring from the University of Northampton acting groups.