May 31, 2017
LiKE ToY SOLDiERS starring Kundai Kanyama tells the story of one young girl in Africa and her very different experiences to ours of growing up in that country. This relatively short solo show has great impact over that brief time, telling the everyday issues of a child and her forgetting to do a job for her mother and the wide-eyed panic on the face of that child because of this, then the progression of that same child wielding a gun and doing the bidding of an unseen commander. 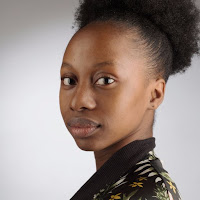 This play clearly depicts that in war, everyone suffers and in Africa perhaps, even more, the children as ruthless leaders blatantly target them to continue to fuel their armies.

Kundai gives a confident and clearly defined performance as this child, and over the course of the thirty minutes, we clearly see the lively youngster move from the worry of upsetting her mummy onto the gunning down of people. There is a very distressing scene where Kundai physically acts out a rape perpetrated on her by her captors. It is powerful but carefully balanced enough to shock without being totally excessive in content.

This play is an emotional rollercoaster with a strong story to tell and yet thankfully there leaves us a little hope when a man finds her and by just the significance of putting on a dress presents this child with a future. A really well performed and thought provoking play.