May 30, 2017
G.M.H. stands for Genetically Modified Human in Stalagmite Theatre's involving, if a little slowly building the tale of a potential future. We are introduced from the opening to two scavengers who appear to be far from those in the title and are indeed survivors of the pure species. These two are played with a nicely realistic tone by Daniel Ambrose-Jones (Kamari) and Jamal Franklin (Iblis). They happily appear to have a love/hate relationship with each other, yet in this harsh environment also clearly need to respect and need one another to survive. 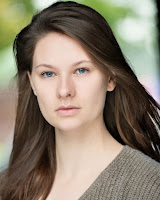 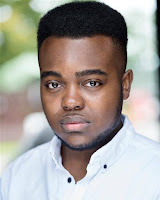 Thrown into this pairing upon arrival at an underground base (featuring a huge, nicely decorated structure with artwork from former Flash performer Zoe Davey), is a G.M.H. of the title, Atara. She is played by Jessica Bridge with an icily chilling style, cold and obviously calculating but not letting on her true motives perhaps. 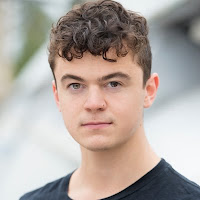 The play itself is a curious one and as mentioned is a little slow to build considering its length, however, it is a great idea and nicely balanced in content with humour and drama. There is some nice video usage including a well directed corporate piece (although I would have tried to avoid this repeating so much and made it a proper part of the plays start).

The audience leaves on a high from this production though as despite any slowness early on, there is a brilliantly well-judged and played out twist at the end, which happily makes any possible early disappointments unimportant. I think definitely a potential for an expansion of the duration and life in the future, as there is much to be mined from this scenario.