February 14, 2016
Leading up to my seeing Scaramouche Jones for the first time, I had been informed by many that this was a quite a special show. Well written, intense, and in the case of those that had seen it at a previous visit to Royal & Derngate in 2002, a quite incredible performance by the late great Pete Postlethwaite. Having now seen the play I can only imagine what power Mr Postlethwaite brought to the role. Thankfully for my Scaramouche Jones, Richard Jordan, my preconceptions came fresh with no startling memories of such a performance.

Written by Justin Butcher, Scaramouche Jones takes us through the last hour or so of the life of a clown in his one hundredth year on the planet. He recounts his life from being born in a Trinidad whore house to a gypsy prostitute with a penchant for holding a meat hook in her hand while servicing her clients. He recounts his epic journey over fifty years to the land of England, including time featuring a snake being charmed to the music of Scott Joplin and Gilbert and Sullivan. His journeys also bring him to a devastating role in a camp in the Second World War, a role that indeed manages to change his very future.

It is indeed a quite incredible play, basically a storytelling one but with subtle almost barely noticeable moments like the removal of the clown's nose or the lighting of a candle. Played out on a wonderfully dressed set which for the best part is left ignored for most of the proceedings. Occasionally using an upturned circus prop for a snakes basket, or grabbing another item of clothing from a rail. The set is generally however just an observer like us of proceedings as Mr Jones recounts his tale.

Richard Jordan as Scaramouche does everything right for me. It is of course an actors play and I don't doubt the likes of Mr Postlethwaite or his ilke would have given this performance more zest and emotion, but as a first encounter, Jordan is everything I could want. Soft and subtle when needed, bold and decisive during the tough challenging moments and finally clear and precise during the mime performances. It is a challenging one man show that Richard Jordan ha perfected in his own way.

Production and direction from Kate Billingham is also everything you want from a show like this, subtle and just going about its business in the background. This is a performance show like no other and doesn't need any clever distraction.

At times it might be a little vulgar for granny in its content and it is just the second time I have heard the dreaded C word on stage so far. However for all its vulgarity, it never feels offensive. It just seems appropriate. Running at an uninterrupted ninety minutes offers its own challenges on the audience, but not one of the sold out crowd moved during the show as I suspect just like me they were spellbound by it. I was even surprised at the end how quickly the time had passed.

So an exceptional play and easily one of the best, richly written I have seen. Tough and challenging but absolutely rewarding viewing. A perfect night at the theatre and totally justified of that packed out house. Send on the clowns indeed if they can bring emotion, joy and sorrow to us like this. 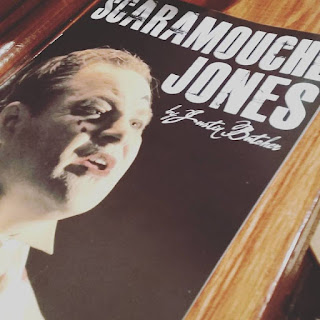