Flash Festival: Part Four - Fallen & The Show Must Go On at the Looking Glass Theatre, Northampton

May 16, 2014
With Fallen, the Flash Festival continued to have a very tough subject and with rape as the theme, maybe the most uncomfortable to date, especially for a male viewer.

The group of Eleanor Kingsley, Bethany Ryan and Indie Young were the trio of young ladies that formed Daughters Of Eve. A talented trio and one of many just female groups.

We were told at the outset that all material used was from actual testimonies and in one case transcripts from a court case in September 2013. The court case use was one of the most effective parts of the entire performance and showed the tremendous problems with rape cases in the court. Daring to highlight the fact that the defence would use the comment that to find the defendant guilty would need absolute belief of guilt and no less, as this would effect their entire future life. While the suggestion was that for the victim, the event was in the past, no future effect would occur.

The play however through statements and impressive physical movement made it clear that this was never to be the case.

Fear of everyone, and psychological effects through flashback to the event would live with the victim long (maybe forever) after the crime had been perpetrated.

There were two scenes of "light relief" via a so-called "Rape Special", helpful advice presented in the often seen condescending style of modern television advice guides. These scenes showed the ladies skills at comedic performance and although these plays have been very worthy from Flash, perhaps on occasion they have featured just too much hard material.

Having said that, Fallen was indeed a superbly made piece of theatre, leaving thoughts in everyones minds who would see them. For me, I left wondering and uncomfortable about those ever so powerful pieces to the mike the most.

The Show Must Go On was the first fictional story based play of the week for me, and it came as a refreshing relief from the powerful true life plays before it.

Coming from Lost Fragments, consisting of Liam Harvey, Marvin Freeman, Tré Curran and Karis Lewis, this was a play inspired by the Ben Elton novel, Dead Famous. A book I had enjoyed when I had read it some years ago. Therefore I was particularly looking forward to a live version of it.

I was not to be disappointed, as with The Show Must Go On, this was to be up there with Sell By Date for my favourite of the week.

Via superb acting, one of the most major to feature multiple characters being played of the week, this was a delight from beginning to end. The characters were so individual to really show off the students skills. Marvin Freeman was particularly impressive with his very different two roles. As the inspector he offered the authority of the role, coupled with the self doubt over the case and his domestic situation perfectly, while as his inmate character, he was most perfect as the "King of the c**ts".

However singling out Freeman is probably the wrong thing to do, as possibly these four performers were combined the strongest quartet of the week.

The physical performance of this play was also amazing, much of the dialogue was performed to a exemplary collection of movement, reaching a peak in a stunning slow motion fight scene. A scene I would gladly watch again (please tell me you have a video!).

Finally the tech, and blimey what tech! Audio, video, lighting and just so much of it. The work involved and the danger involved was something to be behold and for me was on a par with many a high budget play I have seen. Although so much could have gone wrong, the timing and success of this was flawless.

A stunning production, and while I have undoubtedly enjoyed all the shows this week (so far), it was so great to see a lighthearted production at last and I also loved this, great idea: 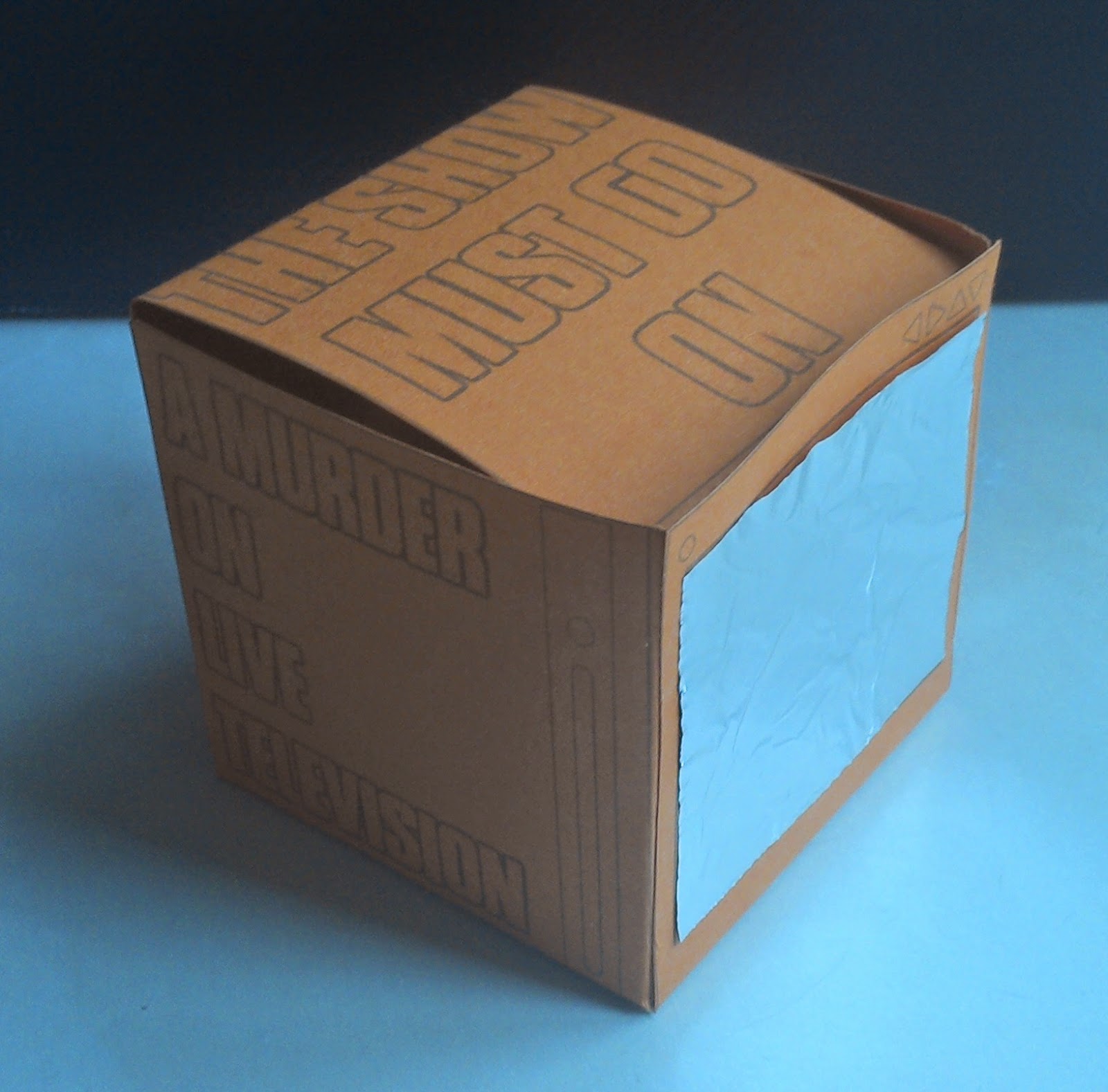 Fallen was on at the Looking Glass Theatre, but sadly for you if you didn't see it, you have already missed it.

The Show Must Go On is on at the Looking Glass Theatre on Friday 16th at 7pm.