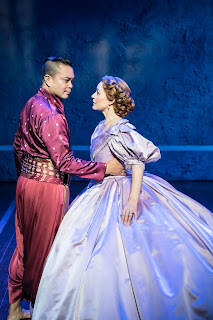 While I have now managed to see quite a few stage productions and some films of the works of the pairing of Richard Rodgers and Oscar Hammerstein II, The King and I, their 1951 musical (their fifth together) has passed me by. So, fresh to story, and mostly fresh to the tunes, did this captivate the way this classic show should?

Anna Leonowens travels with her young son Louis to Siam to teach English to the many, very many, children and many wives of the King. While there she hopes to influence the King and get him to bring his country up to date and follow perhaps the more open world of the Europeans. 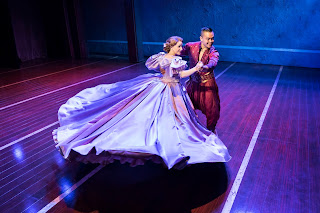 A quick glance at the programme of The King and I signals that this performance is going to be in quality hands, with both Annalene Beechey and Darren Lee as Anna and the King sporting remarkable biographies. It shows as they are quite amazing throughout the show. They form an amazing partnership together with their both very strong in character personalities sparking off one another delightfully. Lee especially delivers his often very surprisingly funny lines with panache and excellent timing. Their chemistry together is believable, and also Beechey has a particularly beautiful voice. Stunning work all round. 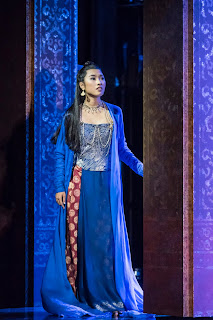 Young Theo Hanness as Louis (one of four actors on this tour) is a dynamite little talent on stage. Brilliant presence, clear and crisp diction, and a lovely singing voice to boot. He clearly has much ahead of him.

Jessica Gómesing as Tuptim and Ethan Le Phong as Lun Tha form a lovely pairing as the forbidden lovers and their two duets of We Kiss in a Shadow and I Have Dreamed may well bring a tear or two to the eye. It has to be said that Gómesing also has the most amazing voice, shining early on with My Lord and Master.

Simply put, this is an incredible production. It is without question the most lavish touring show I have seen at Milton Keynes. The atmosphere of Siam and the palace drips from the stage with Michael Yeargan's stunning set, setting its stall out in the very first scene with an amazing boat sequence. Onwards into the palace an innovative gliding pillars system brings the King's palace to life and gives a true feeling of its size. Catherine Zuber's costumes create the period in intricate detail as well, making the whole visual aspect impeccable. 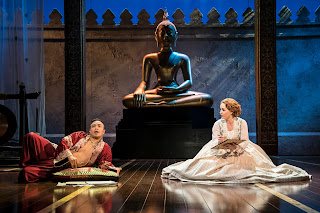 As is to be expected the music in this show is simply wonderful, and that doesn't just consist of the songs with lyrics. March of the Siamese Children is a quite beautiful piece of music, and in this production, the sequence is wonderfully presented with the children of the cast each presenting themselves to their new teacher in an increasingly wonderful way. It's a delight, and those in this performance, Hisui Jade Shimada, Kaitlyn Kou, Emily Hill, Aran Forest, Christopher Nguyen and Annabella Ting Chi Man, should take another bow. 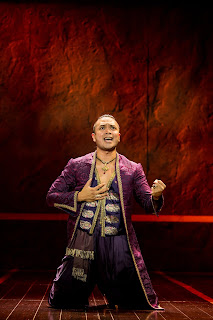 The King and I boasts a 14 strong orchestra under the direction of Malcolm Forbes-Peckham, and they sound a delight, breathing depth into all the amazing songs in this production, from those familiar to all, like Getting to Know You and Shall We Dance, and onto all the lesser-known pieces within the work. It sounds stunning and coupled with some very nice choreography from Christopher Gattelli, it all ticks every box on offer for a musical stage show.

Director Bartlett Sher has created a gem of a show with this hugely talented team, a more than worthy recreation of the classic show, which works for old and new fans alike as this production doesn't look to change the original as this feels much like any original Rodgers and Hammerstein. While it is a long show at 2 hours 55 minutes including the interval, musical fans and non-musical fans alike will delight in this magical show. 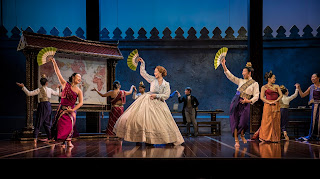