Review of The Comedy Crate - 20th February 2020 at The Charles Bradlaugh, Northampton 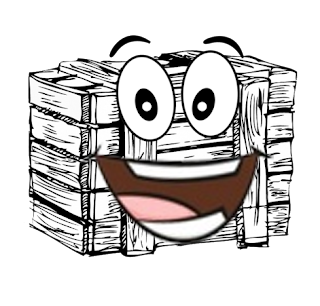 In my theatrical exploits, I have rarely ventured into the world of the theatre of standup comedy, often due to a mixture of terror at being targetted in the audience, partly due to the concern that I will have an evening of not getting the comedy, and also the fact that wise people keep telling me, you can't see anything. Therefore my comedy to date has been a mixture of the occasional, I saw them on the TV and liked their stuff variety, or that I am stalking Sara Pascoe once again.

However, on the night of 20th February 2020, I found myself in the Charles Bradlaugh pub (more familiar to me as my Monday night quiz haunt) and attempting to convince those I was with to sit as far away from the stage as we could.

As it happened we ended up in a neutral zone of not at the back but also not at the front, in the nether region where the lighting doesn't quite show the horror upon your face as you are caught in the glowing lights of the mischievous comic out for audiences blood.

Unsurprisingly this was my first evening of Comedy Crate standup, a company that has become known for offering a quality evening for a lovely ticket price. So for £12, we got host Rich Wilson, Chris Stokes, Marise Gaughan and headliner Hal Cruttenden and two and a half hours, with breaks of mostly excellent entertainment. 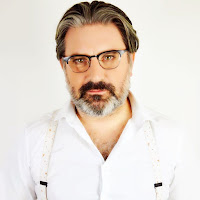 Rich Wilson as host provided a brilliant evening on his own, skillfully bridging all the acts and intervals with his often self-deprecating humour hinging often on his distress of being 48 and middle-aged and more than a little overweight. It would have been easy to have just watched Wilson all night as he showed confidence on stage throughout, handling the audience and the front row of friends and gearbox repairers with panache. 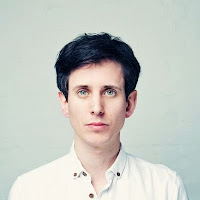 The first of the three individual acts though was Chris Stokes, a replacement for the ill Sara Barron, and a quality replacement he was as well. A cheeky friendly style who played much on his failed marriage and looking younger than his age, and being age checked for antihistamines. There were some clever pieces about the battle between cat and dog people, also linked to his failed marriage. However, a particular favourite was the welcome/thank you piece. Likeable, relaxed and a great performance that got the audience up for the evening.

After the first interval though, perhaps for the majority, the energy dipped a tad at Marise Gaughan's set. As commented after her act, it wasn't a surprise that the host forgot her name. I'd have to say that I might not be so cutting on this occasion, however, it was clear from the audience that they were not feeling Gaughan's sexually obsessed set as much as the previous performance from Stokes. It was more cringe than crying of laughter and the tone was set with her exchange with a 19-year-old as to whether he could imagine having sex with her. It felt awkward as it was, although he did seem outward to be relaxed about it. However, on the later revelation that he was sat next to his grandfather, did make it a tad more uncomfortable. Although to be fair grandfather managed to scarily come up with a joke of high shock value himself when he joked he had taught his grandson everything he knows. On paper, Gaughan looked like she might have a similar style and material to the aforementioned Pascoe, however, in reality, it was much inferior, and that is without bias. There were moments of good material though within Gaughan's routine, but it was few and far between and wasn't a star turn I'm afraid and for the best part she looked bored on stage. Not a confidence-building look for the crowd. 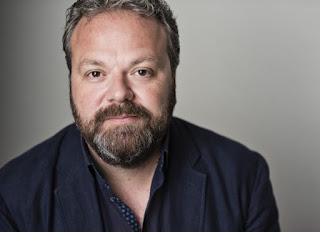 Fortunately, after the second interval and more brilliant work from host Wilson, we had the safe hands of Hal Cruttenden as our headliner, and class showed as the audience were very much back in the room with the assured delivery of some truly excellent material, even making Brexit seem fresh for a second, toying it with some neat observations about education. Again for a man of a certain age, there was much to be ploughed from middle age humour, Cruttenden is 50, and his observation that the time now was for woman, just as his time had come to be the creepy old man, was brilliant. He also had a good rapport with the audience and managed to handle the fact that the aforementioned gearbox fixer had kept the fact that he had been dead for eighteen minutes eight years before up his sleeve. Not to be outshone, despite him saying so, Cruttenden still had the room in the palm of his hands, and to the finish. Brilliant.

Host Wilson closed the evening, just having a final sideswipe at gearbox man for keeping the fact he was a ghost from him until the headliner was on. "You didn't give me a chance" was all he had to say.

I'll be back at Comedy Crate as the evening was brilliant, laugh out loud funny and well worth the trip out, even with a slightly dodgy central filling. I'll see you there at another evening soon. I'll be the one hiding in the shadows like one of Cruttenden's creepy middle-aged men, away from the vice-like grip of the next brilliant comics on stage.

A fabulous evening of strong humour in an excellent venue for it, definitely not debauched it or anything.
⭐⭐⭐⭐
Performance reviewed: Thursday 20th February 2020 at The Charles Bradlaugh, Northampton.


For further details about The Comedy Crate, visit https://www.thecomedycrate.com/