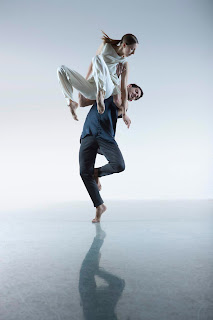 As a dynamic and enthusiastic theatre-goer, I often find myself attending the theatre seeing things that I enjoy, but also, that technically I know very little about. Dance, and in the case of the Richard Alston Dance Company, more specifically contemporary dance, is one of them. So, when these reviewing opportunities come about, I tend to fall back to type and say more whether things looked good, and I enjoyed it.

The Richard Alston Dance Company: Final Edition looked good and I enjoyed it.

However, I'll never get away with that as a review, and Sir Richard Alston and his magnificent dance company deserve more in any case.

Formed in 1994, this group has been thrilling audiences every single year with new work and for this final tour, the thrills are no less. On its stop at Northampton, the pieces performed went from the gently simmering Brahms Hungarian to the bold heartwarming Mazur, onto pace and drama in A Far Cry, and ending with a stunning collection of pieces in Voices and Light Footsteps. 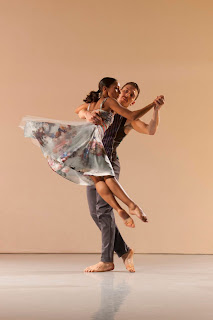 There was no question that A Far Cry was my favourite piece of the evening (one choreographed by Martin Lawrence, rather than Alston himself). Filled with energy and drama, it offered the dancers' opportunity to show their speed as much as their skills, and here Ellen Yilma stood out for pace and energy, thrilling with this and her skill in all the pieces. This piece also gave a huge opportunity for Ellen Braud and Nicholas Shikkis to shine with their fine partnership work.

My second favourite piece of the evening, from Alston, was Mazur, performed by Joshua Harriette and Nicholas Shikkis. Influenced by Chopin's time in exile in Paris, this told a tale of friendship, a friendship which within the piece was very much open to interpretation at times, and it was bold and strongly performed from the two performers, particular brilliant to watch were Shikkis' spins. A powerful piece.

Brahms Hungarian was perhaps the weakest of the pieces for me (although that should read as still rather fabulous, but not as). For me, this was simply because after a while it became a little bit samey, perhaps mostly due to the similar music throughout offering restrictions at times. There was no less skill involved from the performers, and at times this was the piece that drifted the closest to ballet. Within this piece, I felt that Jennifer Hayes' emotional style shone through. 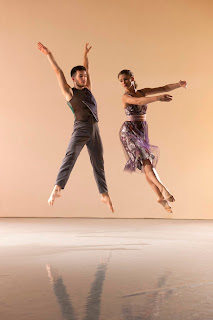 The final piece of the evening was Voice and Light Footsteps and it was the perfect one to end the evening as it did nothing but entertain and build to the perfect finale to leave the audience with beams on their faces as they left. No one shone out in this performance piece really, although there was some fantastic work by the pairings through, this very much had the feel of full company performance, and as such, it was indeed the very best ending to the night. A final special mention of Jason Ridgway's superb piano work through the first two pieces. Really magnificent.

It is a little sad perhaps that this is the final tour of the company, however, from this final evening, it is a fitting way to end 25 years, with a strong company of dancers and at the helm an artistic director of obvious, very obvious passion for what he does. A thrilling, emotional evening of dance. Catch it while you can.