Review of The Beauty Queen Of Leenane at The Playhouse Theatre, Northampton 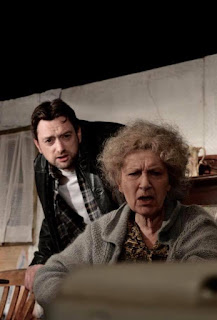 While Martin McDonagh is now making quite a name for himself as a screenwriter, director and producer of hit films like Three Billboards Outside Ebbing, Missouri, he started off a writer for the stage, like this play The Beauty Queen of Leenane, the first of a trilogy set in County Galway. And while McDonagh himself has said he has "respect for the whole history of films and a slight disrespect for theatre", it doesn't stop him writing pretty impressive plays like this one.

Having previously seen McDonagh's The Pillowman at The Playhouse, and an excellent version of Hangmen via NT Live, I was well aware of McDonagh's dark humour. Beauty Queen maintains that edge, with its tale of spinster Maureen, and her relationship with her oppressive and demanding mother Mag, ill, but still outwardly manipulative of events. It's dark, not quite as dark as The Pillowman perhaps, but like that play, features one truly disturbing torture scene, so, it's not for the faint-hearted. That's not to say it isn't funny, that is McDonagh's trademark, making you laugh while being pretty sure deep down you probably shouldn't be. 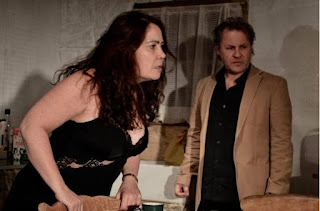 While there are also two male characters in this play, and they do drive events from afar, this is primarily about the two women of the piece, especially at first Mag. She is played incredibly well, by an unrecognisable Kimberly Vaughen, looking and embodying the frail creature Mag has become. Stooped, staggering, but with enough energy and glint of the eye, to still get about controlling, and trying to stop the relationships that her daughter attempts to have. It's an incredible performance, one of the best upon the Playhouse stage in recent times.

Her daughter Maureen performed by Kate Billingham wields just the right amount of desperation in the role, allowing the character enough room to develop into what she becomes as the story unfolds. It's a rightfully scary performance at times, but at its core, desperately sad. 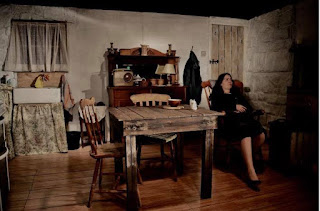 The male characters, for the most part, offer the comic relief, and the larger than life characters. Richard Jordan as Pato Dooley is a likeable chap, and his offstage emotional reading of his letter is a particular highlight. Finally, Jof Davies' Ray Dooley is something else altogether, a livewire of a character, animated, fast-talking, willing to help, but no further than he can stand. It completes a quartet of brilliant performances, all brimming with strong and mostly maintained, Irish accents.

Liz Clark directs well, despite never being crowded of people, and it looks an absolute delight on Rod Arkle brilliant set, complete with appliances and even the very real, kitchen sink. 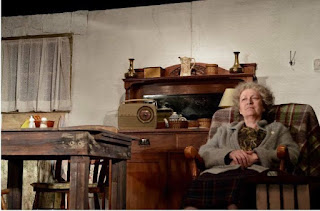 In fact, the whole thing combines into a great piece of theatre, which, yes, you can laugh at, despite often feeling you shouldn't be. It's challenging at times, and some of the themes will unquestionably touch a few nerves of some people watching. However, while one scene, can be truly uncomfortable, and the story doesn't end well, you can't help but admire the whole play and production as you leave, challenged and thinking, the theatre.