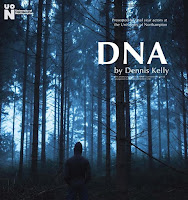 The final year performances of BA Actors this year upped sticks and headed away from their Northampton Royal territory and gathered to show their skills in London. 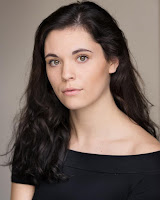 The first of the three shows being performed was Dennis Kelly's DNA, a play which I saw performed on the Royal stage itself four years ago. I enjoyed it for its dark mysterious nature and was looking forward to seeing a different interpretation of the show. It tells the tale of a group of youngsters who do something really bad, and proceed to attempt to cover it up, resulting in the real bad, well, getting more bad. It's dark yes, but also, very funny at times.

It opens with a looming movement piece of theatre, which I always love and this was no different for me, brooding and sinister. It's quite a long opening, which perhaps, in the end, becomes too long, but it's a fabulous piece of theatre for me. It set's the scene very well for Kelly's dark piece to unfold and in the hands of these, about to graduate actors, it was a delight of staging and performance. 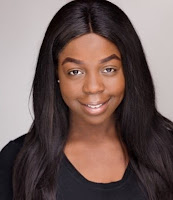 Perhaps in the performances, there is no better here than Tiffany Mae
Rivers' Leah, never wanting to leave an unfilled silence in the air, she spouts endlessly to the mostly silent, but incredibly brainy Phyl (played with a delicious disregard for everything by Maddy Ogedengbe). They are a very fine double-act, with Rivers at the top of her game here, in an incredibly captivating performance, filled with some incredible comic timing. The waffle scene, in particular, is once again proven to be an amazingly brilliant scene, superbly played.


It's vital that this partnership works, because despite this being a large ensemble piece, they are the driving factor of the play, with brilliant linking scenes, and the character of Phyl creating the framework of the events to take place, once the lightbulb moment is ignited.

Elsewhere, I really enjoyed Amelia Renard as the endlessly entertaining character of Danni, desperate to not be involved due to damaging her 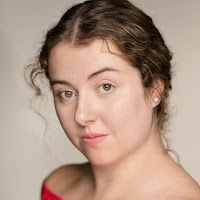 prospect of becoming a dentist. Her sparring with the equally brilliant Zoe Elizabeth as the very hostile Rikki, was tremendously entertaining.

Stepping into the key role of Bryony at short notice is Katie Lawson (doubling up with a role in The Crucible at the same time). She captures this character, who descends into mud eating breakdown amazingly well, given the time she had to prepare. It is a tremendous shame, however, that the captivating Elizabeth Ferreira, originally cast, was not able to take part in the end, as this was a role made for her nervy, quirky style.

Director Anthony Houghton adds a nice flair to the production and gets a tremendous amount out of his cast. I really liked the three-pronged removal of the swing, which despite it definitely not going smoothly more than a couple of times (mind your head!), was definitely a great idea.

I like DNA, it's a fabulously little dark one-act play, written brilliantly and delivered with an absorbing pace by this cast. Excellent work.

DNA was one of three shows performed at Jacksons Lane Theatre by the University Of Northampton BA (Hons) Actors from Thursday 7th to Saturday 9th June 2018.