Flash Festival 2017: Being A Man by Lotus Theatre Company at Hazelrigg House, Northampton

May 31, 2017
Being a Man is an exceptionally well performed one man show and possibly one of the very best I have seen at Flash. Performed in the cramped and uncomfortable surroundings of Hazelrigg House's basement it vividly tells the story of those victims of male rape. Still often shunned by many as something that does not exist, through a series of individual stories, Javier Melhado stunningly recreates the trauma of such happenings. 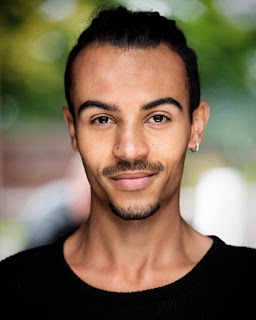 It is perfect in all but one way that this production is in the basement, and lighting issues are the only reason for disappoint as the screen with some powerfully recorded video is slightly washed out. However this is about Javier's live performance though and it is one to savour as he lays everything on the line and either slightly hidden behind a gauze or right within touching distance of the audience, you are dragged totally into the pieces. Clarity of voice, cleanness of performance, and a quite incredible grasp of spatial awareness as he performs high-octane and skilful physical theatre across the dusty floor within inches of the front row.

I didn't know a great deal about the message behind this at the beginning and like many shows at Flash, it educates and I want to say entertains at the same time. However that word is wrong for a play such as this, again this is one to admire instead and appreciate. It is one of a couple of Flashes this year that have stuck in the mind for days for performance and powerful storytelling and is an exceptional piece of theatre presented in the most perfect space.