Review of Feast Of Fools Storytelling #15 - Kevin Walker at the NN Cafe, Northampton

July 10, 2016
As across the country Andy Murray continued to be British and Wales returned to being Welsh again, the fifteenth Feast of Fools and the final before the summer break battled against these outside influences to fill its seats. Those that stayed at home on this night though, were to miss the delight that was this months guest Kevin Walker as he took to the NN Cafe stage (or not as he rather delightfully stayed with us at audience level). 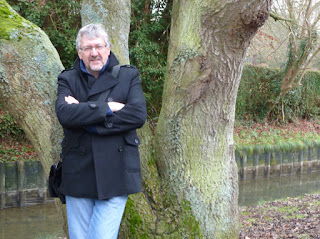 Kevin Walker is the kind of teller that places you in the palm of his hand, calmly soothes you with his words, pats you on the head, tickles you under the chin, and then all of a sudden says totally unexpectedly the word "penis". This isn't to suggest that anything particularly vulgar was going on, however for the whole evening we had that perfect blend of traditional stories laced with just the perfect edge of adult subject to make it all just rather brilliant for a grown-up audience.

The penis in question (a first for me to write that I think), was that of Osiris and a classic tale featuring Isis and Set, which was to open the evening of hugely varied tales. I use the word varied with authority, as this evening had everything that I delight in from an open mic evening. We had the perfect mix of classic tales and modern ones, a favourite of which was that of a girl kept in a house by her father and a broken porcelain vase which never ended up as one.

There were many of these throughout the evening, and Kevin Walker told them all with a brilliantly relaxed style, perfected through the many years he has clearly crafted it. He was, I think one of my favourites that I have seen, and this is no small feat, as via Feast of Fools and the Royal & Derngate, I have been privileged to have seen many tellers of skill and variety.

No matter how exciting Murray or Wales may have been, Mr Walker provided equal excitement and intrigue in his tales, and if you ever get the chance to see him, he comes extremely recommended.


Performance reviewed: Wednesday 6th July, 2016 at the NN Cafe, Northampton.
Feast Of Fools is held on the first Wednesday of each month at the NN Cafe
Full details can be found at https://www.facebook.com/StorytellingFeast,Twitter @FOFStorytelling and website at http://www.storyfeast.uk/ 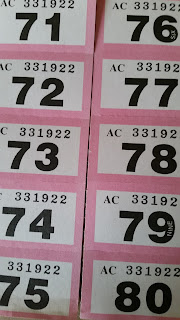