Review of Feast Of Fools Storytelling #9 - Open Mic at the NN Cafe, Northampton

January 07, 2016
I am always a big fan of the open mic nights and for the ninth gathering of the Feast Of Fools, I had to make the most of it as this would be the last until April, as for the next two months special guests would be on the menu.

As ever our evening was opened with a tune from resident music man Richard York before our host of the evening, Sue Martin welcomed us. She opened the evening with her own little tale and a couple of tales in song. Despite being early year bedeviled by a new tune, we all made it through safely and it provided a different introduction to the first night of the new year.

Our first guest of the evening was the wonderful Lisa Shepherd, who at first appeared alarmingly subdued (for Lisa) in her aboriginal dreamtime tale of how animals discover about death. However once the cuckoo was an ex-cuckoo, a deceased, a ceased to be cuckoo the more familiar Lisa returned with animal impersonations aplenty, these included a rather Chinese sounding snake. It was all rather wonderful considering it was a tale about death and ended with a glorious uplifting resolution.

Next up was a newcomer to the Feast of Fools stage, Justine Flower. Who presented quite a lively a tale of family Christmas times gone by, including tales of woe of no presents and a force fed car with a Christmas tree rammed in and sticking out the back. It was all great fun and good to see someone new on the evening of otherwise returning favourites.

Theresa Kelleher and our raffle extraordinaire returned to the stage for the first time in three months with a tale of an effortlessly grumbling town folk who could not see the good things they had in life. Well that was until a mysterious stranger via precious stones created a transformation on the populace showing them everything that they had in their lives that they could truly be proud.

Our interval was then to be had and the regular raffle, which this time presented by a young lady managed to nearly break the ten minute rule. It also failed to provide me with a prize, but there is no need for my problems here.

The absolutely glorious and magnificent (and other over praising words) Dave Blake opened our second half and as ever, despite having been sent to a pun detox camp, was showing no signs of recovery. I am not sure what the story was about, I rarely am with Mr Blake. However there was as ever tears of laughter and head shaking and agony once again. Truly superb!

Richard York was next on and had the problem of being sandwiched in a second half of generally mad tellers and tales and his very traditional Inuit tale of a raven sent to retrieve the sun felt either out of place or a moment of sanity depending on your viewpoint. For me however it offered both really, as does all the variety on offer on an open mic night.

Tamsyn Payne was back on the stage as a teller, in what would be her final evening as NN Cafe host (and rather sublimely making her visual impact on the building before the end). The tale itself was an entertaining one of an only surviving childs trip to a medical practitioner, or in other words a witch. It's moral of the story was be nice to people (and meowing, face washing cats) and you will get good things in return.

Finally closing the evening was another very funny tale from Stephen Hobbs. This time with a very entertaining and different take on the Goldilocks and the three bears story. What do we learn from the story? Well that while bears do shit in the woods, they would much rather do it in a private garden in Abington. Who said Feast of Fools doesn't teach you things?

Yes it was a great evening again, I shall miss open mics for the next two months no matter how wonderful are guest tellers are. I prefer a mix from my storytelling nights.

A very final thank you though at this point to the wonderful host Tamsyn Payne, its been a great venue at the NN Cafe for the last nine months and whether we do return there or not in the future, it will be a very different place without Tamsyn in charge, although I am sure being in the audience and not dish washing will be equal fun.

Performance reviewed: Wednesday 6th January, 2016 at the NN Cafe, Northampton.
Feast Of Fools is held on the first Wednesday of each month (venue for February to be confirmed).
Full details can be found at https://www.facebook.com/StorytellingFeast and Twitter @FOFStorytelling 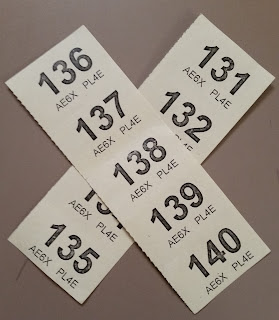