Review of The Woman In Black at Royal & Derngate (Royal), Northampton 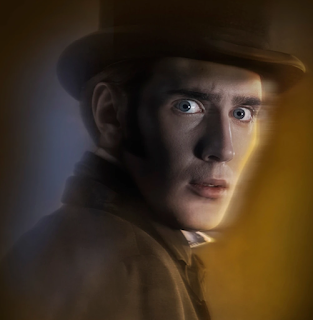 In the world of modern theatre, The Woman in Black doesn't need any introduction. Now over thirty years since the actors first trod the boards in Scarborough telling Susan Hill's story, through Stephen Mallatratt's stage adaptation, this show has packed the audiences in and travelled widely. When the play opened in London in 1989, few probably thought it would still be there 30 years later, but there it stays, thrilling audiences. So, it's a pretty good play, right? Let's see.

Arthur Kipps (Robert Goodale) has a story to tell, a horrific one based on his own experience after travelling to Eel Marsh House, the final home of the late Mrs Alice Drablow. To tell his story, and to relate his "five-hour" tale, he seeks the help of "The Actor" (Daniel Easton), and a ramshackle theatre, which fortunately does have a good sound system and sound engineer. So, Kipps' story can be told.

I first saw The Woman in Black five years ago, and back then, I commented much then, the same as I might now, that this ghost story is actually more amusing than it is scary. This isn't funny as in laughing at how unscary it is, but more that it deliberately seeks to make you laugh. From the outset and Kipps' mumbling first performances, and onto the number of ways they stage the story, this is a proper entertaining humourous play. It's scares come in moments of shock, and while tension builds at times, it is never horrifying scary. Well, for me anyway. 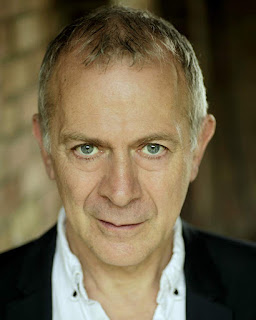 As a two-hander, this play needs some highly talented individuals. Goodale and Easton and splendid, creating the story so simply before our eyes, with few props, or visual flairs, they blend into their individual characters superbly, with a new accent or new mannerism, this is predominantly as actors play.

Goodale's Kipps builds from the nervy non-performer over days with the actor to become an actor of repute himself telling his own story. Perhaps looking back, the pair of spectacles moment is a little outlandish, but it remains a magical little moment all the same and does in a way relate how simple changes can be made. Either way, Goodale brings immense depth to his character and works with Easton superbly. 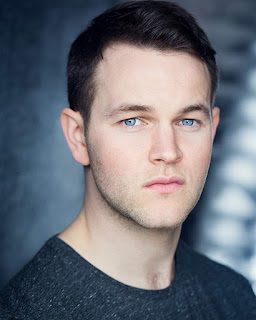 Easton's "actor" is broad and powerful from the outset, full of energy, experience and drive. Pushing, and pushing at Kipps to put energy into his performance, to live his own story again. His switches of character and stage presence are excellent, and he commands our attention.

Both actors also have the challenge of being their own stage managers and drive the scenes and props. It helps that Michael Holt's design is both simple, yet perfect, of course, stripped back and never overcomplicated. This with some superb lighting from Kevin Sleep, reds and whites strong, and sound from Sebastian Frost makes the whole atmosphere build.

It's a simple show really, the best shows usually are. Its accessibility I suspect is what has made it continue to be a success and its one that deserves a rewatch as well, even if you have seen it before. As it is, if you are either a regular or occasional theatre-goer, it's one to see, and while you may jump, even if you are a nervous person, I think The Woman in Black will be something for you to relish in.

The Woman In Black is at the Royal & Derngate until Saturday 5th October before continuing its tour. For full details visit the website at http://www.thewomaninblack.com/