Review of West Side Story by the Northampton Musical Theatre Company at Royal & Derngate (Derngate), Northampton

Last week it was that time of year again when the talented amateur performers of the Northampton Musical Theatre Company got their moment upon the big stage of the Derngate. This year their ambition was to bring Leonard Bernstein, Stephen Sondheim and Arthur Laurents' ambitious West Side Story to the stage. Mixing classic songs and challenging dance routines revolving around the fifties set retelling of Shakespeare's Romeo and Juliet, this was a tremendously tough show for an amateur group to take on.

However, as expected, this talented, and always near professional group made it work, despite a very shaky start. The opening, and classic, dance routine between the Jets and the Sharks, merging ballet with contemporary, never quite works, not due to lack of effort of the performers, it's just that it is just so tough to get right. It is though probably the one slightly weak part of the evening. From then on, bar a few slightly stilted dance routines, West Side Story becomes everything you would like of an evening of classic musical theatre. 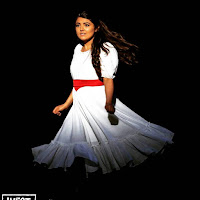 West Side Story benefits at its core with having two exceptionally good leads. Sean Page brings great stage presence to his role of Tony, and his performance of Maria is wonderfully heartfelt in its delivery. Amanda Guiliano as Maria though is even more exceptional, exhibiting a simply stunning singing voice, she captivates from her first arrival. Her vocal ability could easily dominate a professional production.

As the head of Jets and the Sharks, Gordon Ritchie as Riff and Ama Scuotto as Bernardo spar off one another extremely well, with Ritchie having a nicely gruff delivery of his singing suiting the nature of the character, with Scuotto, a more natural, but brilliant delivery to his as well. The fight scenes, choreographed by Ritchie, bring a vibrant and very real physicality to the stage and look tremendous.

Susie Pack once again shows her stage class as Anita, controlling and dominating proceedings especially in the wonderfully staged version of classic America. That scene in the bar also once again doesn't fail to shock in its power. Ella Styles is also a delightful highlight as the game Anybodys.

Of the classic sequences, the strongest of the whole production is the exceptional Somewhere. Paired with incredible vocals from Hannah Jarvis, it is the very best, but also delightfully simple dance routine of the show. It's a scene that effortlessly brings a tear to the eye, as does the equally beautiful delivery of One Hand, One Heart by Guiliano and Page in the first act. Final mention must go to the fun and lively Gee, Officer Krupke. Nicely staged, full of humour, it proves a nice offset to the generally sad nature of most of the show.

The set was nicely constructed, and once again stage crew kept it moving between scenes with little break in the show of significant length. Technically it was solid as well, with just a couple of minor late lighting cues. Elsewhere, Graham Tear drives his exceptional orchestra through the very fine collection of tunes that this show contains, filling the theatre with brilliant sound.

Martyn Knight is once again in the director's seat, as he has now been for a while, and his familiarity with the often similar cast helps the show work through everyone's strengths.

It's a great show, while not perfect, and also the West Side Story show itself isn't a favourite with many, NMTC has done a sterling job with a challenging piece. Nicely done.

The Northampton Musical Theatre Company performed West Side Story between Tuesday 23rd and Saturday 27th October 2018. They have a website which can be found on Twitter @theNMTC and Facebook at https://www.facebook.com/NorthamptonMusicalTheatreCompany