Review of The Lovely Bones at Royal & Derngate (Royal), Northampton 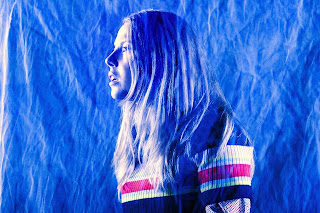 It's a few years since I read Alice Sebold's novel The Lovely Bones, a story which tells the tale of Susie Salmon, and her murder and her observations and attempts to control events from Heaven. However, even after this many years, I still remember it for being the source of many manly tears. Therefore it was with some trepidation that I set foot in the Royal part of the Royal & Derngate to see this touring co-production with Birmingham Repertory and Northern Stage. I needn't have worried, as although the story remains much the same, Bryony Lavery's adaptation heads towards the comedy and more relaxed aspects of the story if that is possible of a tale of a murdered 14-year-old. 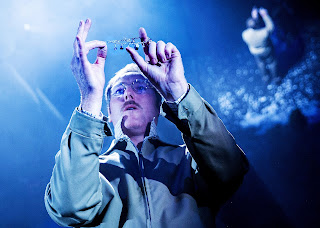 Lavery and director Melly Still do attempt to unsettle their audience immediately though, launching into a sensory overload of light and sound as we get flashes of things to come in a stylish opening. We have already at this point, seated in the auditorium, been treated with a little of what was to come, with the extremely impressive set from Ana Inés Jabares-Pita. Corn fields forming the upstage area, and lifted high above the stage, a vast collection of mirrors, which are destined to offer a very different view throughout the performance, and perhaps the perfect way to bring Heaven to the stage.

At the end of the intense opening, we are thrown immediately into the event of Susie's murder, and the arrival of Charlotte Beaumont in the role, and destined then to never leave the stage again until curtain. It's an extremely impressive performance by the 23-year-old to present this assured, confident and utterly believable portrayal of the 14-year-old and all the typical, awkward mannerisms perfectly of one such that age. Taking in and being embarrassed by adult stuff, being cool, absorbing music of the likes of David Bowie (The Lovely Bones has an impressive and well-used soundtrack of a few classics), and looking all the seventies kid. She truly is superb and is instantly likeable. 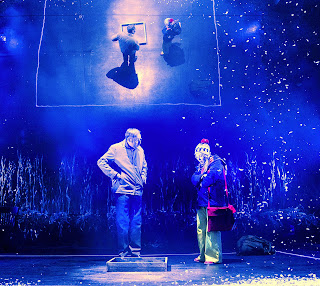 At odds in this opening scene is Keith Dunphy's disturbing and tremendously creepy Mr Harvey. There are concerns that this role could be overplayed, a caricatured killer, Dunphy plays it just right, and easily manages to make the skin crawl at times.

As Susie's mother Abigail, Emily Bevan gives a suitably troubled performance. Silently spoken, but always heard, she portrays everything you would expect of a mother and her lost child. As the opposite, is the father, Jack, a powderkeg of a performance from Jack Sandle, seething with intensity, and once on the trail allows himself to wrongly explode in incorrect directions and rip his family further apart.

Pete Ashmore is best as Lindsey's (Ayoola Smart) boyfriend, looking cool and getting the response of the audience. His police detective Len Fenerman didn't quite work for me, feeling so underplayed and at times horizontal. Not boring or poorly performed, just failing to grab the attention and the eventual extra relationship that develops then somehow felt difficult to believe. Finally from the cast is a brilliant bombastic performance from Susan Bovell as the mother from hell, bold, brash, and truly funny, and she cuts a fine figure as the plain-talking cop as well. Superb. 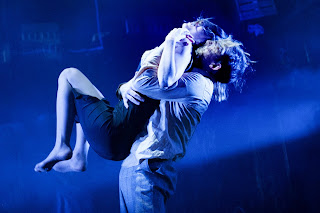 The Lovely Bones is a very theatrical experience beyond it's telling of the story. It has bountiful tricks up its sleeve thanks to sterling stage work, swift exits, and a set of many levels. Lighting from Matt Haskins is pinpoint accurate from revealing characters deep upstage to challenging car headlights and of course, that traumatic pummelling at the very opening of the play. It all makes it a much more visual experience therefore than many plays, and at a straight through 1 hour 40 minutes, neither outstays its welcome or feels too long for one sitting. 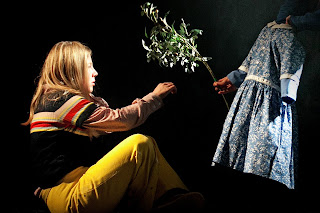 There are a couple of things that didn't quite work for me from this version, which doesn't quite make it perfect. First, there is a key scene late in the play between Susie and Ray (Karan Gill), which while well dealt with coming into it, has a curious lack of clarity coming out of it, which perhaps leaves more than a little confusion for those unfamiliar with the story. Also, perhaps in its pursuit of being a little bit of a good night out, the emotion that is so stark in the book, never quite makes itself known in this stage version, playing to the lighter and often quite comic aspects more. I wanted to rekindle the sobbing that I had while reading the book, however, this didn't quite do it for me.

All that said though, this is a tremendously clever version of the book, and anyone worried that this stage incarnation might not do Sebold's novel justice need have no fear. It is well performed, technically brilliant, and has dancing human dogs. What's not to like? 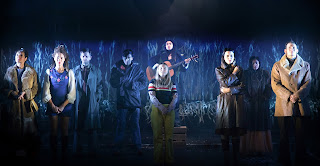