Review of UoN Fringe: RHEA by Venus Theatre at The Platform, Northampton 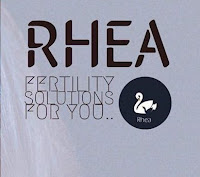 It is just over four years since I first saw a performance by the University of Northampton BA Actors (Animal Farm), and next month I shall be attending my fifth Flash Festival, where the BA Actors do their dissertation pieces ahead of graduation. However, this is my first Fringe (and the first one to be held in fact), and this is formed of a separate branch group, following what is known as the BA Acting & Creative Practice course. The slight difference of this course lies in the creative aspect, where there is more emphasis on the "creation" of theatre, as opposed to just being a performer on stage or screen.

However to the outsider, like myself, and any that have attended the Flash Festival before, there is very little difference to what you get to see on this new Fringe event. Performances are slightly shorter on average than Flash, at thirty to forty minutes. However, very much like Flash, they are created by theatre groups set up by either solo performers or a number of actors joining together. Either way, once again, you get a mixture of reworkings of established pieces, personal pieces, dramatic staged pieces, or the often found pieces, those based around challenging subject matter.

My first of the seven shows on this year's Fringe was Rhea by Venus Theatre, formed of Freya Mawhinney, Kalyn Callan, Tiana Thompson and Charlie-Dawn Sadler. Rhea's theme deals with fertility, and a very clinical scientific establishment that proudly boasts that it has "a fertility treatment for all".

Rhea is a mixture of quality, where it is strong, it is extremely so. It opens with a stylish section depicting the creation of the application videos of the four characters, including the haunted and at times mostly silent Grace, played in a controlled manner by Tiana Thompson. This scene begins before the show, with all the characters preening away, playing with selfie sticks and their cameras, as they prepare to make their best impact. It's cleverly staged with characters disjointed location wise and angled against one another, and the impactful sudden start is also excellent.

In fact, much of the movement structure is the strongest part of the performance, character switching is clean and clever, with patients becoming staff in a neat scene of swift on-stage costume changes, and pregnancy is dealt with on stage as well and unobtrusively. This and the character development are indeed the best elements, while the piece itself does get a little bogged down halfway through, with the scenes feeling less interesting at times, and certainly lacking in pace.

What is never a disappointment though is in the performances, each of the four actors creates variable characters in both their patient role and staff roles, switching between them with those simple costume changes. While all performances are excellent, for me though there is an especially exceptional one from Mawhinney, her awkward and always late Josie is a winning character, lighting up every scene and she is brilliant at all times, in this and her patient role.

There are some nice tech touches and ideas within Rhea, the promotional video is nicely produced, and the pregnancy confirmation with the tablets and a flick of a finger is a neat idea.

For me, Rhea is a piece always stronger in its visual appeal, and it doesn't always gain enough drama from its themes of the ethics of the role the company has. Well performed, but occasionally lightweight in its material.