Review of UoN Fringe: PROJECT 25 by Unorthodox Theatre Collaborations at The Platform, Northampton 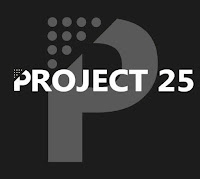 This production from Unorthodox Theatre Collaborations is a curious one to review, as I didn't see all of it. PROJECT 25 you see is an immersive, interactive play, where we the audience become very much part of the emerging story.

We are introduced, after being name-checked and tagged, to The Platform, a pharmaceutical company that has come up with the perfect drug that could save the health care system. Or so they say.

The play launches with a smart little-choreographed routine from the cast (and some extra actors), which culminates in company staff member Amy Brown (Jemma Bentley) being sacked and expelled from the building. As Bentley is a cast member, we, of course, know that her return will happen, but in what form?

After this neat and impactful opening, we are led into another room and presented with a glossy and technically impressive launch from the company team Pandora Pearson (Bobbie-Lee Scott) and James Van Laren (Daniel Peace). Following this, we are subjected to a screening to check our eligibility, and this is when this show is turned on its head.

We have all been issued with numbers and as number 94, I and six others in the audience are expelled from the building to be taken home in a car.

What happens now, is a complete split in the show, as us, the lucky few, become part of a splinter group and we meet outside in the street, Amy Brown again, who has now become undercover agent Sam Carter (not of the Stargate SG1 kind though).

Now, just in case this show happens again (which I hope that it does), to say more about the plot would be a spoiler. However, the branch of the play that I was taken on was an intriguing one and very well staged considering the open nature of the piece.

The main actors involved in my section, Bentley, Dean Adams as Tom Knox and Joe Conroy as Scott Bentley kept the drama going, while Bentley and Adams kept a nice playful edge to their buddy partnership. It was great fun, and some really inventive interactive theatre that harked back to 2016's Flash Festival shows The Hold Up and The End, but upping the interaction element, certainly in my section.

So, what happened to the other audience members while we were running around George's Row and Bridge Street? They must have had a show as well, and this is where it was a shame that I didn't get another chance to see the show. I got a play, most certainly, but the area of mystery remains of what happened on the other side.

Project 25 was for me, the best of The Fringe shows this year, not based on the acting as such (however, it was excellent throughout), but on the ambition and invention involved. This was challenging theatre for both its audience and of course those creating it. There was some excellent tech involved with the show, carefully staged sequences, and superb timing. Ambitious, clever and just simply brilliant.