Review of UoN Fringe: All To Myself by The Mages Guild at The Platform, Northampton

The Mages Guild, consisting of solo performer Rhiannon Flambard, presents in All To Myself, perhaps the most curious of offerings in 2018 UoN Fringe event.

Based on Jonathan Coulton's concept album Solid State (it's really rather cool, so check it out), All To Myself is set in a world where an apocalypse, of the robot revolution kind, has left our character cooped up in a bunker, tin-hatted and awaiting the return of the mysterious Kurzweil.

It's extremely quirky, as perhaps befits its performer, who from previous shows, clearly has a quirky, individual personality, making this an apparently very personal construction, but without getting bogged down in any issues too much. 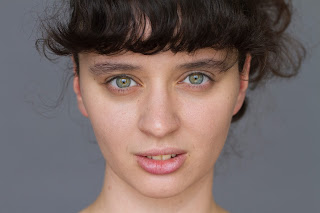 It's also at times extremely funny, with neat jokes about dead angels, and a great "plot twist" moment, that the audience relished. It's also extremely natural in delivery from Flambard, lines in this script are simply thrown away often, in a way you might barely hear them like someone would talking to themselves.

It's not a total success, simply because of both the brilliance and inherent issues of the space it is performed in. I chose to sit in the third row, and for this show with seating all on one level, it was a mistake. Even my giant six foot plus form failed to see a lot of what was going on at ground level. I ended up watching the shadow on the wall at times, and with the arrival of the robotic invader, this actually ended up giving it an interesting spin. However, I regret clearly missing some of the action at times.

I really enjoyed All To Myself though, it's full of natural material, delivered with a huge belief in the material by Flambard, and it was easily one of my favourite pieces of the Fringe.