Going into seeing Accused, the first devised show by this years third year BA Actors graduates, I have to confess I shamefully knew nothing of its influence, Oscar Wilde's The Ballad of Reading Gaol. However, it wasn't a great leap for me to identify that the piece gorgeously sung by the whole cast at the end of this really imaginative piece, was indeed part of the Ballad itself.

The Ballad it turns out, written by Wilde during exile following release from Reading tells of the execution of a man called Wooldridge, a man hung for cutting the throat of his wife. In Accused, we have another prisoner, destined to hang, but cleverly for what remains to its end, an unknown crime. It's bad, pretty bad, clear from the reaction of both prisoner and guards alike, and the Accused's life is generally in danger a great deal, long before the Executioner (played extremely nicely by Georgi McKie) comes to do her bidding. 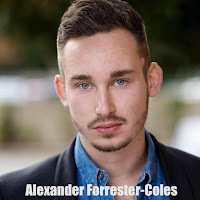 Playing the Accused, and really rather brilliantly, is Alexander Forrester-Coles. Very much a closed book, full of reflection at his predicament, silent much of the time, yet captivating all the time. You need to be a pretty good actor to still be interesting when you have nothing to say, and Forrester-Coles maintains this as he happily answers very few, none verbally, of his guard's questions a brilliant individual performance by Ellen Tritton.

This production benefits greatly from the depth of performance, not since the legendary Orientation (I have to mention it at every opportunity), has there been a show which has benefitted from a cast giving their all so much. There are truly no weak performances in this, even if a few have limited scenes, they take them and make them their moment to shine. 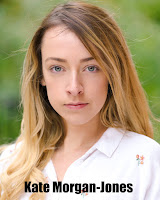 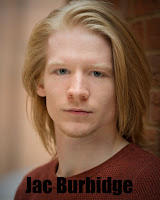 Therefore to mention all, would be an impossibility, so I merely highlight a few by random selection. Jac Burbidge was once again a strong presence in all of the mix of roles he had, there is something iimmensely watchable about him and that for any actor is a delightful ability to have. This extends also to Kate Morgan-Jones as well, all dowdy here after her slinky, blinged up performance in The Night Before Christmas, but as the prisoner charged, unwillingly, with protecting the Accused, full of the power, and to be honest, scariness, that made her such a captivating Richard II as well. 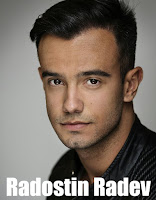 Radostin Radev was once again brilliant as one of the guards, a simmering air of menace beneath, and Radev himself, delivers his lines with a sharp clarity, that is very easy on the ear. This could also be a commendation of Jake Statham as well, who opens the play and closes it with a delightful, but sadly brief, turn as the Cleaner. Addressing the audience (apologies for not giving the non-verbal reply required, and thank you for
removing the broom that was hampering my comfort), he gives a 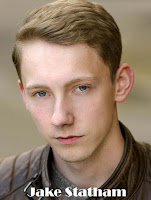 sprightly and cheeky chappy style prologue and epilogue for the piece. In fact, the men all came good in this show, finally managing to match the ladies, something which has not always been the case in both recent shows, and indeed on occasion, recent year groups.

Accused isn't quite up there with Orientation (second mention check) of the best of the devised shows that I have seen, but it is surprisingly close. It is packed with brilliant performances, some stunningly created movement sequences, the audience very much feeling at times they are part of the prison brawls, such the closeness of the action. Added to this is a brilliant aural atmosphere of prison created by the actors off stage, completing a superb package of theatre. Definitely one of the stronger devised shows I have seen from my five years and leaves you with many things to ponder.