Review of Feast Of Fools Storytelling #7 - Liz Weir at the NN Cafe, Northampton

November 05, 2015
Unexpectedly and totally unplanned (thank you The Hoff for doing the decent thing), I found myself at the seventh Feast Of Fools and once again it was an absolute delight. I have been fortunate to have made six of the seven to date and have never left disappointed from the evening.

Telling number seven's guest was Liz Weir from Northern Ireland (although almost Scotland) and as often happens I knew nothing of this teller, except a little hint before hand that this was going to be a much more traditional storytelling night than some of the more theatrical ones that I have seen before.

Yes it was much more clean and standard telling, however it lost absolutely none of the thrill because of this. I also absolutely loved the desire and effort put in by Liz Weir's on creating an evening of variety from her numerous stories to encourage the young fledgling beast that is Feast Of Fools. This suited me fine as I was concerned that we may have had an evening based around a lot of folklore tales, which is to be honest my least favourite form. I like perhaps more meat or indeed variety on my storytelling menu.

Liz Weir gave it plenty of variety reaching from traditional fairy tales, tremendously humorous moments and on to absolute sorrow with that magnificent World War II tale. Also of delight was the briskness of the tales, a countless number of stories were told during her two stints either side of the interval; always short, snappy tales never outstaying their welcome. Told with a devilish charm by a teller of obvious skill and for a love of those tellers gone before.

A special mention also for the "warm-up" act of Elizabeth York's magnificent harp music, and Richard York and Stephen Hobbs tales. The latter a wonderful weaving and knowing tale based around our town, the NN Cafe and our host Tamsyn Payne herself.

Once again a fantastic evening from a constantly fulfilling evening and great to see so many people there. I shall hope that we can get a few more of them back there for the equally entertaining Open Mic nights in the next couple of months.


Performance reviewed: Wednesday 4th November, 2015 at the NN Cafe, Northampton.Feast Of Fools is held on the first Wednesday of each month at the NN Cafe, Guildhall Road. There is a Facebook group at https://www.facebook.com/StorytellingFeast and they are also on Twitter @FOFStorytelling 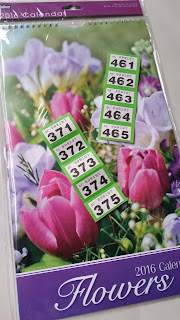