Review of the opening day of the Looking Glass Theatre Move, Northampton

August 04, 2015
I had sadly missed the dressed rehearsal for my debut as theatre mover extra and therefore arrived for the opening performance on Thursday 30th July lacking in both knowledge of where to stand or what my lines were. It was fortunate however that, while boxes had been packed and clothes rails had been filled, there was to be much improv involved with the performance.

Upon my arrival to the stage the performance had begun, with director James Smith marshaling his company of Jasper and Sam. The show itself began with little originality as I fell into my role with the rest of the performers of moving box to van, box to van, box to van. You get my gist? The main bit of excitement of the first act came from these chaps: 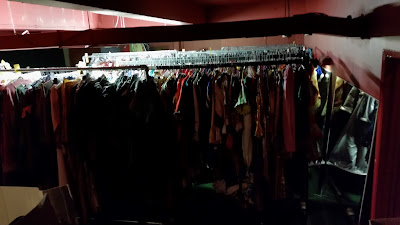 Never could you have possibly dreamed of finding more clothes. Also never could you have imagined how troublesome at times the innocent rails could be become. Be it their too small wheels, falling apart frames or simply being too tall for the world they surrounded. These rails were the bad actor, the one that you so wished was being filled by the understudy.

By this time in the performance the stage had also been filled by two new arrivals, named on their equity card as Leigh and Jess. They swiftly disappeared to the bar area, but I understand they were filling boxes and not just drinking coffee or tea. For much of the time the sound of musical theatre tunes emanated from their direction.

However while many of the clothes rails were certainly not defying gravity with their threats to crush innocent cast members, the first load was soon filled thanks to the performers including the seemingly strong man champ Jasper.

With a full load done it was time to have a pit stop for drinks and your hero of the piece took his chance to sneak behind the stage for the first time. Behold the behind the counter world! 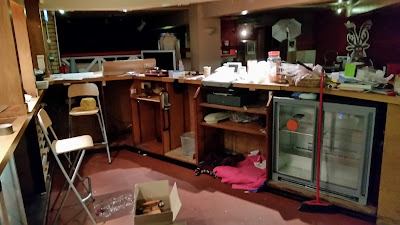 While I was behind the scenes, I did also find another performer. There was however very much a hint of woodenness about his performance. 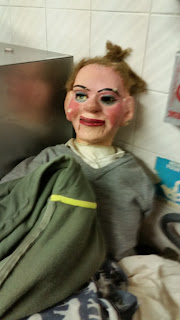 So after drinks of our choice, chocolate for myself of course (but lacking sadly in the marshmallow area), we were off in the van. Well I wasn't as there was no room for me, so I hitched a lift with Leigh and Jess (and added dog hair) and we promptly tried to get lost on a few minute journey. When we did arrive however there were much antics going on as the lorry was sort of trapped in a in/out flux at the car park at Hazzlerigg, erm Hazlerigg, ah Hazlerigg, eh Hazelrigg. Ah yes, blooming spellchecker.

Anyway our smooth traverse onto the new stage had been compromised by some troublesome theatre comers. These had no tickets, no roles and while they were not using their mobiles or opening noisy sweet wrappers, their appearance was almost certain to set the theatre critics on edge. They were of course TAXIS! Seemingly a never ending stream, they came from all directions and blocked our passage.

Once they had been dealt with however, the lurching and jolting lorry made its way into the car park and the first unload was to begin. A new arrival to the cast also appeared on the new stage, whom in the absence of a programme I was lacking in name, so he shall be known as Father Leigh.

Before us though lay the new stage of Hazelrigg House! 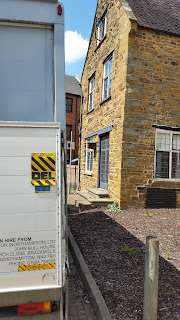 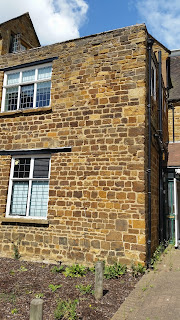 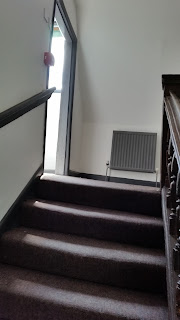 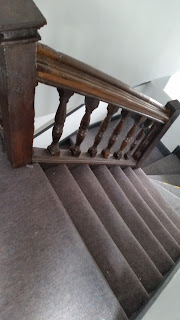 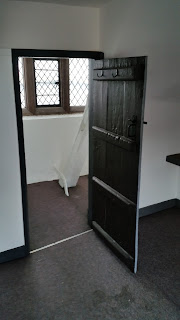 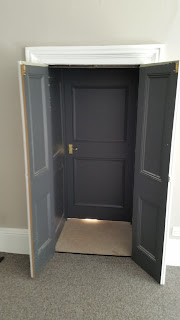 There was a kitchen: 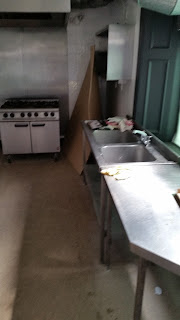 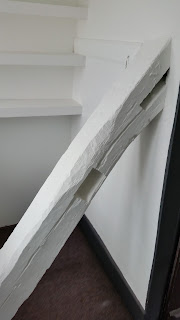 There was a toilet (the first time I have ever taken a picture in one, honest): 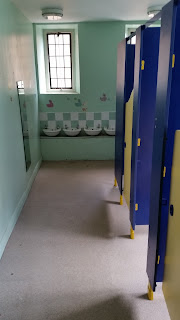 There was a cellar: 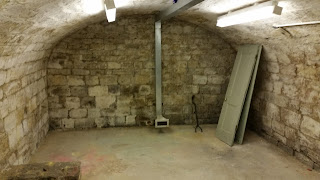 There was a wasp armageddon: 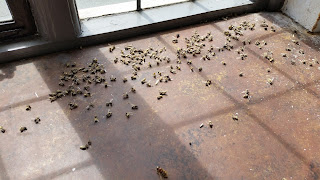 It really was endlessly exciting, so we left and got more stock.

The second loading was to be my last performance in the show sadly as my obvious skills were needed elsewhere. In this final run there were more clothes rails of course and some surprisingly heavy tables. Although my muscle most certainly could lift them.

There was sadly before I left to be a dramatic casualty. A terrible, terrible victim of an out of control clothes rail. So I dedicate this entire piece to the sad loss of Sam's soul. Erm, I mean sole. 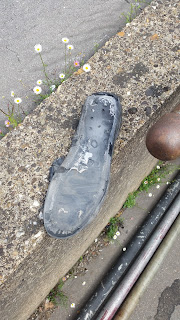 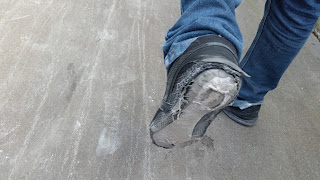 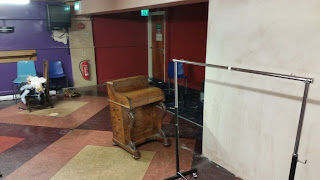 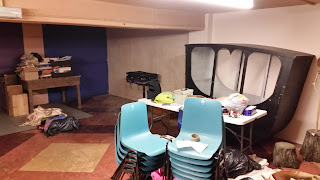 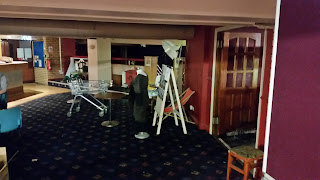 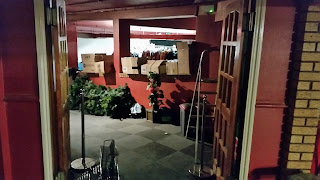 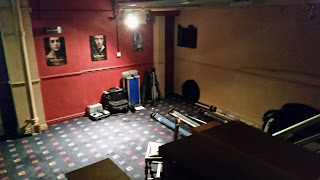 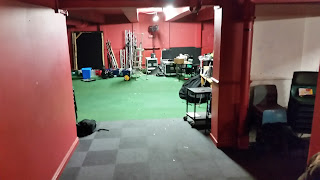 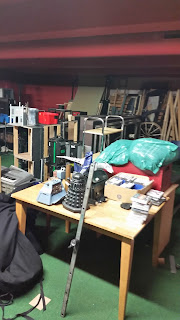 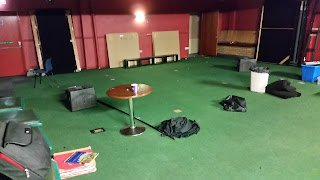 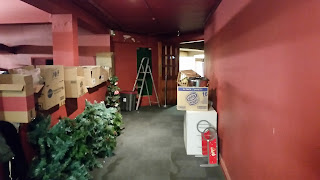 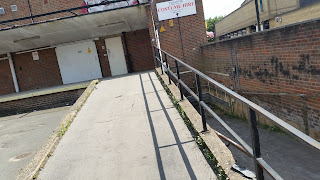