Blitz! by the Northampton Musical Theatre Company at the Cripps Hall Theatre, Northampton

June 01, 2014
I came to Blitz! with zero knowledge of both the musical itself and the amateur group Northampton Musical Theatre Company performing it. It is safe to say that I left after almost three hours pleasantly surprised by both.

My live musical theatre viewing had amounted to just two previous, both in the last couple of months and I had been surprised how much I had enjoyed them, despite trepidation at the outset. Likewise my only previous example of an amateur theatre group had been of the Masque Theatre and they had been very good and set a high bar for NMTC to jump over.

I have to say, they cleared the bar with sufficient ease, with a quite stunning, polished and enjoyable show. The production was quite simply excellent with hardly a duff note to be heard. I think I would be fair to say that their also wasn't a duff performance amongst them. A few stuck out as being simply excellent, like Susie Pack (nee Lamb) as the loud and brazen Elsie, complete with eye popping swift dress off performance. Keith Loynes was also wonderful as the comical Ernie.

Also impressive as the lovers Georgie Locke and Carol Blitztein were Ian Stark and Lillian Thorn. However although I keep doing it (and I suppose I must), I do hate singling out performers as this was a cast performance of great quality and for an amateur one, a wonderful commitment from all involved to get it to this standard.

The unfamiliar songs were tremendously well performed. Leave It To The Ladies a delight on the ear and eyes. Mums And Dads wonderful by the highly talented young stars {they got the biggest reaction of the night from the audience).

My pick of the songs though has to be Be What You Wanna Be, a great tune, and most entertainingly and professionally staged with the pause and move action of the main cast, and excellently sung by Becky Woodham (Mrs Blitztein). This one song summed the whole up for me, an absolute delight.

Music was supperbly performed from their orchestra pit and the staging was also solid and professional on the obvious lack of budgeting that must come with an amateur production. Likewise the front of house organisation was of the highest quality, with drinks, raffle and display in abundance.

All in all the whole evening was of the utmost quality from arrival to departure and without doubt I shall be at the Royal & Derngate in October/November when their production of South Pacific hits the stage. Just wonderful and well done to ALL involved. I believe a roll-call is required: 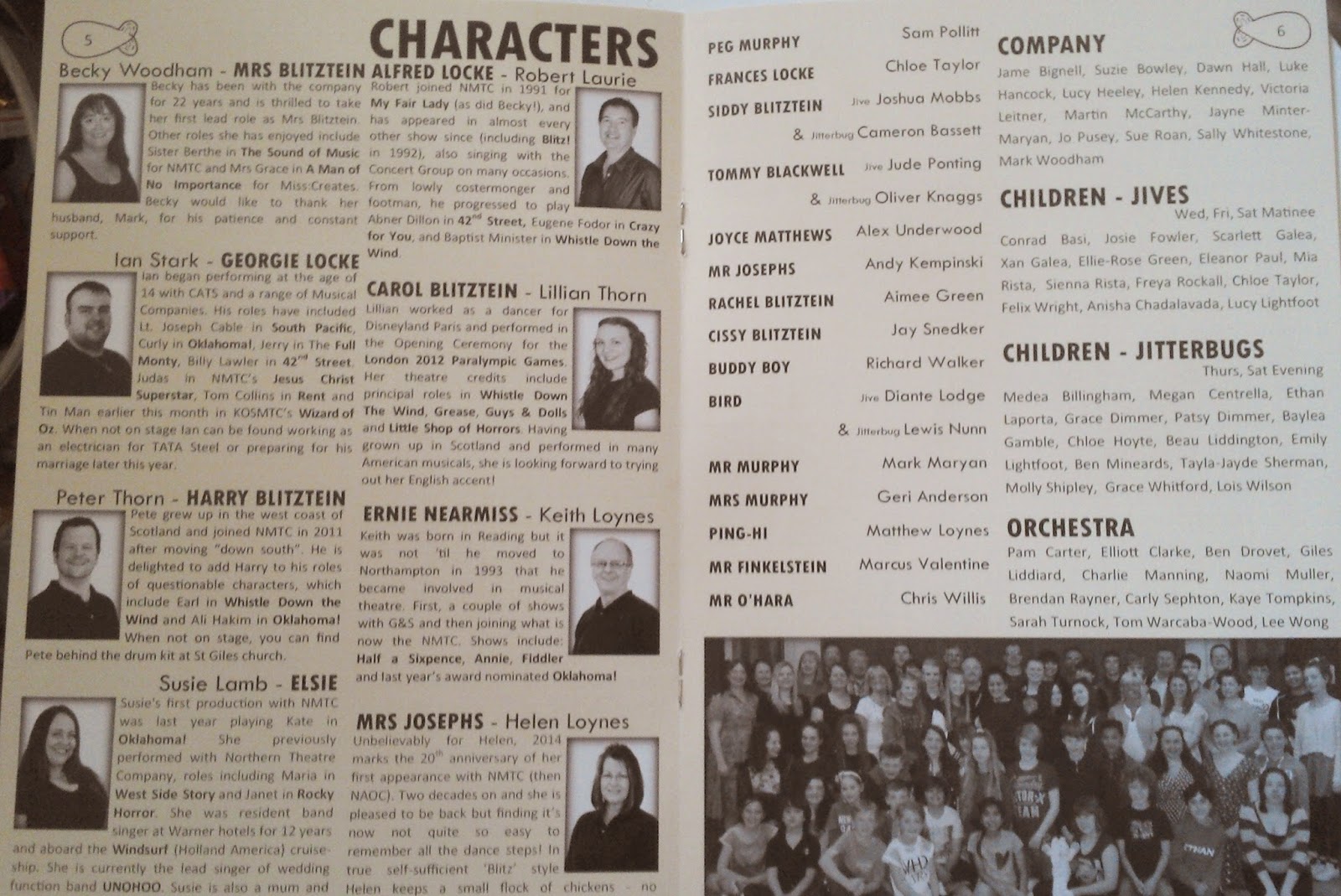 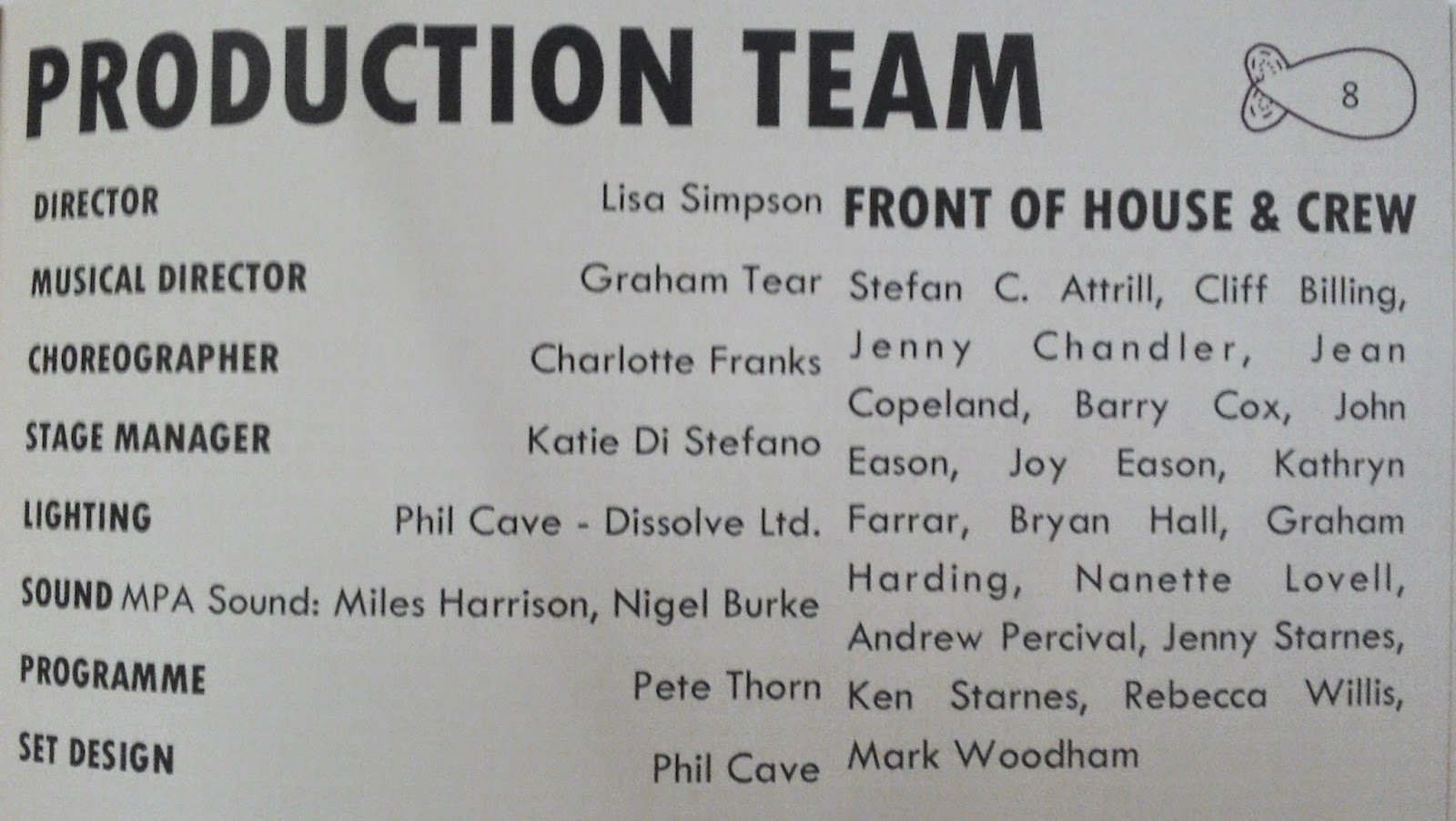 Blitz! has now finished, however you can find details of the Northampton Musical Theatre Company at their website: http://www.nmtc.me.uk/, which will also provide details of their next show South Pacific, to be staged in October/November 2014.