Review of Drink by Contact Light at The Playhouse Theatre, Northampton 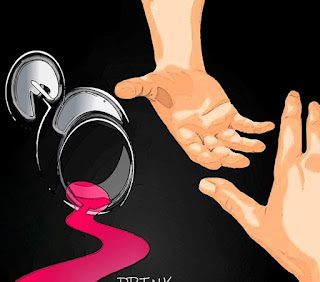 Contact Light Productions first came to the stage with their production of Bombshell on the Playhouse stage back in November 2017. It was a short, sharp, one-act play, which at the time I suggested could have been a longer two-act play and "could perhaps at times benefit from a little more light and shade, as it is unremittingly grim". So, for their second venture at the Playhouse, Drink, the short has become a sprawling three hour (with interval) production and the "unremittingly grim" has been dropped in favour of a play exploring the death of hundreds in an exploration of an American cult. Well, one out of two ain't bad.

Drink takes as the main inspiration the Jonestown cult, which came to prominence in the 1970s and eventually saw under its leader, Jim Jones, the death of 918 followers in November 1978. Jones established his cult in the Guyana rainforest, and here in Drink, the fictional cult leader Marcus Moores sets own his own commune, Mooresplace deep in the Amazon rainforest.

For this play to work, as a leader, you need a performer who can handle the stage. Fortunately cast as Marcus Moores here is Ade Wyman, quite familiar to regulars at the Playhouse, but also generally more familiar as a comic force on the stage. Here, Wyman shows an immerse depth of performance in what is both performed and written as a truly chilling role. Us the audience are requested at the start of the play to applaud and embrace the words of our leader, and Wyman delivers them with a dedication to make you genuinely chill and believe how these things could, and still do happen. Perhaps one of the most chilling scenes though comes from us seeing a private encounter with his wife Mallory (played by real-life wife Di Wyman) late in the play. Powerful, and really disturbing. 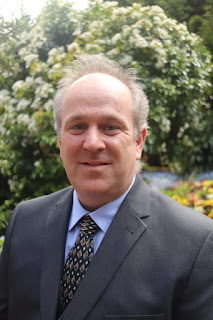 Di Wyman gives quite an open performance, with often two veils showing. Standing, looking cold and dark during many scenes where Marcus addresses his members, and then abused and dominated by her controlling husband. You are never clear in that respect of whether she chooses to be involved with her husband's plans or whether she is little more than another pawn in his game.

As the cult members, there is an excellent collection of young talent. Alex Smith is strong as Tony, saved from the streets by Marcus and very much created in his image, and being tasked with devastating duties. As Tony's partner Drew, Bethany Sharpe is less controlled by Marcus, but trapped and along for the ride due to her love for Tony.

Jasmine Hudson's  Cara is the fun and wild one, creeping into proceedings armed with her mobile phone (one thought, would that truly work in an Amazon rainforest?). Jonathan Hubbard is suitably creepy as Sam, brought in to sweeten the situation on Charley Lawrence's chat show and then becoming the crazy cult member. One comment on Hubbard's performance at times though, is that sometimes lines are lost with the diction/accent issue. Finally, I really enjoyed Mitchie Shippey's Brendan, perhaps the one you felt for the most of the characters and victim to some devastating incidents to boot. It was a nice, but truly sad performance.

Both Mia Ballard as TV host Charley Lawrence, and Kelly Golding as politician Cynthia are both excellent at what amounts to two very similar characters in motives. Both very much seeking their own glory while supposedly looking to help the cult members. It might be that I am now a cynic, but I didn't buy anything from any so-called goodwill. 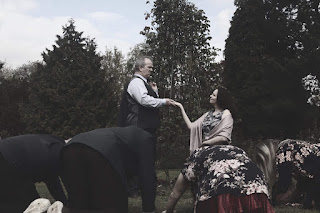 Technically it is sharp and scene changes swift, key as there are a lot of scenes in this play. Set is simple but functional, with perhaps the only thing grating with me being the tablecloth during Charley's TV interview scenes. There was some nicely selected music, brooding and atmospheric as well.

Mia Ballard and Jasmine Hudson, co-pretty much everything on this production have worked wonders, most especially on the script. Sharp, believable scenarios, crisp and realistic dialogue, and the cast deliver it excellently with great attention to detail on the accents as well.

Drink is probably too long in its current edit and would benefit from some compacting of scenes. However despite its length, it actually never bores, the second act, one hour forty minutes, never feels it, as tension mounts to the conclusion we of course know. In the end, as the Carpenters sing Top of the World, the audience leaves thoughtful and "entertained" by quite an impressive play behind them. Another hit for Contact Light, I look forward to the next one, hopefully, a little sooner this time.


Drink was performed at the Playhouse Theatre, Northampton on Saturday 13th July 2019 only. Details of Contact Light can be found at Contact Light