Review of The Producers at Trinity Theatre, Tunbridge Wells 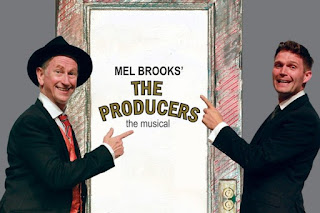 You need a pretty special show to justify a 120-mile journey, however, I was assured that this production of Mel Brooks' The Producers at Trinity Theatre, Tunbridge Well, was worth that effort. In the end, it more or less was very worthwhile.

The Producers, from the mind of Mel Brooks, first appeared as a film 51 years ago, and much later became this musical in its debut on Broadway in 2001. It tells the story of the unscrupulous theatre producer Max Bialystock, far away from his successful days and now a flop master as the Opening Night lyrics "We've seen sh*t, but never like this" suggest.

As Bialystock, the artistic director of Trinity, John Martin, steps into the role, and his brilliant performance from start to finish is a dream. Commanding the large and challenging role, and although there are many highlights of his performance, Betrayed for me is one of the most simply delivered and yet most entertaining pieces of the show. His comic timing is brilliant throughout and with his sparring partner in the show, accountant Leo Bloom played with brilliant awkwardness by Tom Tapsfield, they make a brilliant pairing. Tapsfield brings a dazzling little performance of his own, and the development from this early shyness to the best buddy partnership with Max, and also the separate and sweet storytelling with his later love interest with, is perfectly judged. 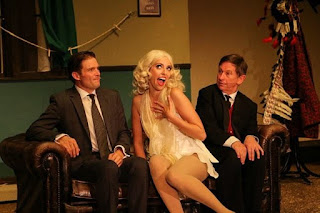 Elsewhere, there is a captivating and immensely cute performance of keen Swede Ulla by Elizabeth Bright. All full of energy and vivaciousness, especially in the When You Got It, Flaunt It number. It would also be hard to imagine anyone delivering the words "Bialystock and Bloom" in a more delightful way. Simon de Deney as Frank Liebkind has enormous fun, and combined with musically inclined pigeons (great design), makes the musical number In Old Bavaria/Der Guten Tag Hop-Clop one of the highlights of the show. Meanwhile, Andrew Truluck as director Roger De Bris and Daniel Ghezzi as his assistant Carmen Ghia chew the scenery away as the gayest couple going and are exemptional in the Keep It Gay number, as is the ensemble. 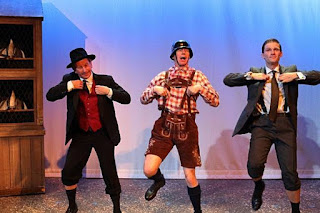 That ensemble is superb throughout and is one of the most enthusiastic ones I have seen on a stage of this size. this is deserving of a much bigger stage and audience. It helps that it is made up of some recently graduated and clearly brilliantly talented actors. Full of energy and are happily performing their socks off here.

Technically it wasn't perfect, there were a few lighting issues on the evening, and control of the spot was more than a little distracting at times, and often missing performers completely. The recorded soundtrack, while always a disappointment from the real thing, was, however, excellent and generally, the sound balance was perfectly judged to allow the lyrics to be heard, and with the exception of one microphone issue (which clearly distracted Tapsfield briefly), the sound was technically good.

Direction from David Fawcett filled the stage and his use of the large space available was superb and worked well with the relatively minimal set, mostly occupying upstage to allow the big performance pieces. This combined with some brilliant choreography from Sally-Anne Leigh, which utilized the talented ensemble perfectly, made the musical numbers all a delight, with maybe the Along Came Bialy sequence the very best. 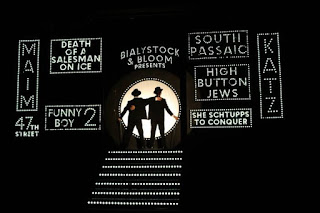 The set changing was swift, covering all of the larger ones of the changes with a little extra from the company. While the look from the costumes was stunning, be it the old ladies through to the Nazi officers and prison outfits, it was a visual delight.

The Producers isn't really the best musical around, it contains very little in catchy tunes (it's best are the two opening ones), and you don't have much to take away regarding earworms, and if you don't get the very special style of Mel Brooks comedy, you are perhaps on a bit of a loss here with the show. However, if you are fine with all this, this production from Trinity Theatre makes the show gell together into a brilliant whole, making it watchable from the bold opening number to the final cry of "get lost, get out" from the company. A glorious evening of entertainment in a pretty unique theatre venue.


The Producers runs at the Trinity Theatre, Tunbridge Wells until Sunday 2nd September 2018.