Review of Cilla - The Musical at Royal & Derngate (Derngate), Northampton 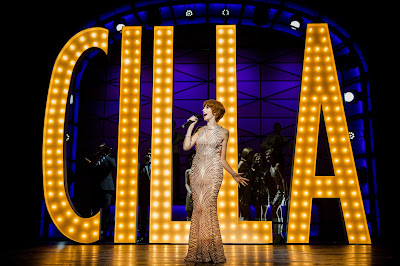 I have to start with a confession dear reader, what I know about Cilla Black can pretty much be written on the back of the Derngate ticket that I clutched on entering the theatre (and that allows for the advert on the back). I have heard a couple of her tunes of course (more than once) and confess, once again, that I generally didn't like what I heard. I think it's clear that with her natural raw form and voice, "a diamond in the rough" as Brian Epstein, her eventual manager describes her, she a performer that you either love or generally, not hate as such, but perhaps just dislike. I fall in the latter. Curiously as I a forty-year-old, I also don't even fall into the Cilla of hit television either, being a BBC viewing family, I never saw her on TV much when I was growing up.

So, coming almost totally fresh to the world of Cilla, it was a little comforting that for the first act, much of the world of Cilla - The Musical revolves not just around star building Cilla White, but also the unique music coming from The Cavern Club at the time. I was much more comfortable with the music of The Beatles and one of my own favourites I Like It from Gerry and the Pacemakers (as well as a brilliant technicolour moment of Mamas and Papas' California Dreaming in the second act). Either way, this all eased me into the story more than I had initially thought.

Cilla - The Musical is generally, it has to be said, relatively simple drama, more a sort of US drama gentle depiction of the burgeoning career and love between Cilla and Bobby, than one with stirring sequences. The toughest the drama gets is the truly sorry tale of Brian Epstein (played with great passion and a repressed sort of emotion from Andrew Lancel), a man who potentially had everything available to him, but only because of the love that he had for the clients he worked for. Elsewhere, his life was a terribly sad affair, his then illegal, homosexuality, endlessly left him in the hands of "bad boys", often through choice, and a drug and gambling addiction, which this show doesn't cover, also left his life a sorry state. 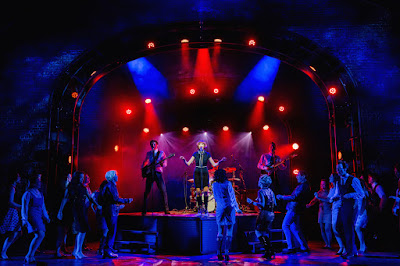 There is a drama curve involving Cilla of course, her growing passion for Bobby, and a brief sequence where she asks him to "move out of her eyeline" as he is distracting her, offers for a brief period a tough Cilla, but it generally doesn't build any tension, despite it all being brilliantly performed by the cast.

That cast is led by a simply incredible performance by Kara Lily Hayworth, who perfects the Liverpudlian accent, and creates a nice characterisation of Cilla, during the acting part of the play at least. It has to be said though that Hayworth doesn't quite get the delivery, in both vocal and articulation of Cilla during the songs. However, having said that, personally, I preferred this, and having listened to the originals, I would boldly say that her performance of Anyone Who Had a Heart is much the stronger, although a live performance always beats a recording anyway. It certainly is an incredible moment, by far the best of the show, and wholeheartedly deserved one of the strongest mid-show rounds of applauses I have heard.

Hayworth is ably supported by a lovely and endearing performance from Carl Au as Bobby, from his cheeky chappy arrival at The Cavern to his nice portrayal of the love and career torn person he becomes. It's a shame though, that you don't get to hear his also amazing singing voice to a great extent until the second act.

Pauline Fleming as Big Cilla and Neil MacDonald as John, have great fun, which is translated to the audience, as Cilla's parents. MacDonald is especially brilliant, often creating as much of a laugh from just a look, than from any scripted line. 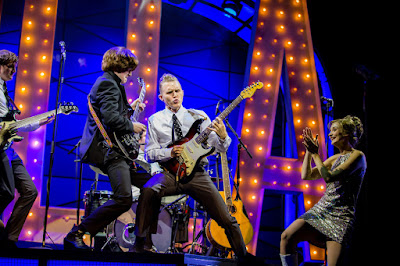 There is a lot of great support from the rest of the cast, I loved Michael Hawkins' John Lennon, creating his persona gloriously and delivering his "Cyril"'s with some nice relish and great humour. There was also a brilliantly, albeit brief scene with a well depicted Ed Sullivan from Alan Howell, I believe, although this is uncredited.

Production wise it is a relatively pacy affair, with scene changes swift and clean, although with parts of the set lingering in view in the wings, perhaps this speed is achieved at a small cost. There was one awkward moment also, where a quiet and particularly dramatic scene between Bobby and Kenny, was overshadowed by rather a lot of noise going on off-stage, which was a shame.

Cilla - The Musical is not quite the show that is could have been, if it all was to be up to the standard of that one forever lingering Anyone Who Had a Heart moment, this would rightfully be a five-star show. However, as it is, it never achieves that moment again and certainly hadn't before, so it just ends up at times being just a relatively shallow joining the dots show. It's all entertaining enough, and I doubt that many musical fans would leave overly disappointed, and Cilla fans are almost certain to lap it up. For the more casual theatre-goer though, perhaps they might leave a tad disappointed.

Light on drama, but offering some wonderful music snippets from the sixties.⭐⭐⭐½Performance reviewed: Tuesday 20th February 2018 at the Royal & Derngate (Derngate), Northampton.

Cilla - The Musical runs at the Royal & Derngate until Saturday 24th February 2018 before continuing its tour. Tour details at cillathemusical.com 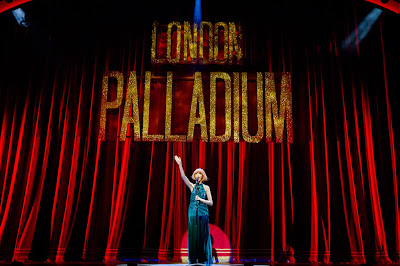