Review of Kiss Me Kate at Kilworth House Theatre

June 01, 2017
A theatre shrouded in trees on the estate of a house with landscaped, picnic and woodland areas is a tremendous boost to anyone putting on a show and Kiss Me Kate from director Matthew White lives up to the wonder of its location.
Kiss Me Kate based on a book by Sam and Bella Spewack with music and lyrics by Cole Porter is itself based upon Shakespeare's work The Taming of the Shrew. A theatre company with principal performers divorcees Lilli Vanessi (Caroline Sheen) and Fred Graham (Matthew McKenna) are putting on Shrew interspersed with their quarrelling behind and on stage. Added to the mix is a romantic side piece featuring Lois Lane (Monique Young) and Bill Calhoun (Justin Thomas) and some nefarious characters after some money.

There is just so much to delight in from this production, right from the first viewing of the impressive and very grand set and an amazingly well choreographed initial number of Another Op'nin', Another Show, you just know that this is going to be a fabulous evening. The entire show is maintained at a flowing pace with set changes fluently becoming part of the show and never breaking the pace, and clever staging using all areas of the theatre space, including aisles and side entrances.

The two leads Caroline Sheen and Matthew McKenna are brilliant together in their sparky dialogue. McKenna, in particular, had quite a brilliant way of enunciating his words making it all perfectly very thespian-like and tremendous fun. There were as this was opening night a few slight line fluffs, all in one scene between them, however, nothing deters the fact that these two are going to be tremendous together during this run.


Also once again rather special is Monique Young, having seen her in the Hairspray tour in 2015 and picking her out as the star of the show then, here as Lois Lane she very nearly steals the show once again. Her Lois is light and joyful and she shares with Gremio (Andrew Gordon-Watkins), Hortensio (Davide Fienauri) and Lucentio (Justin Thomas) perhaps the best number of the show, Tom, Dick or Harry. Thomas in this number and his delightful performance of Bianca in the second act also shows his quite incredible gymnastics ability.

Also highly entertaining and bringing great humour to the show were Cory English as Gangster 1 and Carl Sanderson as Gangster 2. Certainly audience favourites and the classic Brush Up Your Shakespeare was very well performed. There is also a great turn from Tarinn Callender as Paul, putting great vocal and dance skills in Too Darn Hot, in this, his professional debut.

Another interesting aspect of this musical for me was that despite being outside, the sound was the best that I have heard from a musical. Sound designer Chris Whybrow and strong 12 piece orchestra led by musical director Michael England fill the theatre with strong and meaty music, however unlike most shows in indoor theatres the balance is just perfect with the vocalists not disappearing behind the music. There are many a theatre that could learn from this venue, team and setup.

So a brilliantly entertaining evening of a really fun musical, full of great characters and bags of familiar tunes. Some incredible singing and a hugely skilled ensemble make this not only a must see if you can make it, but also a great opportunity to visit this brilliant venue. 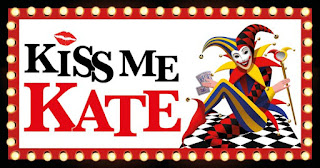