Review of O,FFS by Ytho? Theatre at University of Northampton (Avenue Campus) 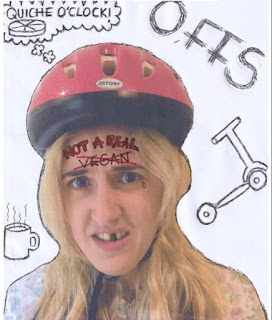 Sneaking out one afternoon to finally get a chance to catch O,FFS by Ytho? Theatre turned out to be a very good decision. Having been performed beyond the realms of Northampton, at the Edinburgh Fringe no less, this show landed finally at it's "home" this week of the University of Northampton, home, because this group is made up of four graduates from the University BA Actors course. It also was a landmark for myself, seeing for the first time a brand new show created purely by a group of actors consisting only of those that I had seen graduating. It was nice to see that they were doing good!

The best word to describe O,FFS is sharp. It sums up the pinpoint accuracy of delivery from the four actors, of this fast-paced, clinically constructed piece of theatre, there is no flab around this comedy. Set in the offices of a children's charity, we have some typical office staff, the supervisor, the IT guy, and specific to the charity world, the chuggers manager. Throw into this a brand new temporary office manager, and the scene is set for a creatively clever, he said, she said, series of event. 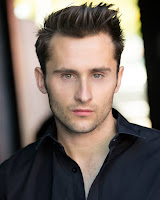 Most of the scenes of this comedy are broken down into the perception of how each of the actors sees the same events and more amusingly one another personas. So, we have supervisor Gail (Jessica Bichard) perceiving IT guy Ben (Liam Faik) as a repulsive awkward guy, while the reverse sees Ben see Gail as a Putin style overseer (which allows Bichard to bring us a very impressive Russian accent into the mix). 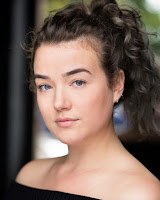 Performances are, as expected from this exceptional group of young , superb. Aoife Smyth gives a brilliant abrasiveness to one part of her character, all gangster like, while also channelling some brilliantly funny sequences of double entendre and extreme sexual tension in the scenes within Faik's characters mind.

As is the nature of this play, huge skill is needed by the performers to give sufficient difference to their characters, while remaining some semblances of similarity. Faik brings generally two great switches to his, either totally in control, or a flimsy remnant of himself as his becomes this obscene and grotesquely hideous creature in others eyes. 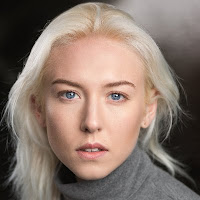 Bichard beyond her brilliant "Putin" role, brings great control of her environment to the piece. Of all the characters, hers is the most normal and in charge. However, in this play that means still gloriously crazy. I also absolutely loved the sequence where she voiced Aoife's actions as well, capturing quite eerily her delivery and voice.

Finally, Helena Fenton turns in an epic performance as chief chugger Angela, channelling everything that Julie Walters laid on screen during her time with Victoria Wood and beyond, it is both a brilliant vocal and visual performance. Some of her expressions throughout this piece are simply hilarious. A blooming comedy actress very much. 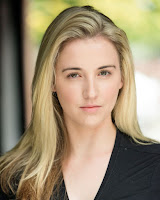 Sharp also applies to the structure of this play, scenes are quick and slick, with some stunning use of blackout and rewinds of scenes delivered crisply by the performers.

It all culminates in creating a fast-paced comedy full of thrills where time flies, it is much longer than it feels watching it, probably the ultimate praise you can often offer a show. It never drags, is always funny, and its nothing short of exceptionally performed. It hits London in December at Tristan Bates Theatre, and if you are in the area, you should definitely put it into your diary.

O,FFS returns to the stage in December in London. Details here: https://www.tristanbatestheatre.co.uk/whats-on/o-ffs