February 16, 2018
On Friday 16th February 2018, I attended the official press launch of The Last Ship. In attendance were the writer of the show, Sting, and cast members for the 2018 UK tour Richard Fleeshman, Charlie Hardwick and Joe McGann, with musical support from Rob Mathes.

During the event, opened entertainingly by producer Karl Sydow, Sting and the cast members performed seven of the songs from the show: The Last Ship (Sting), Dead Man's Boots (Sting and Fleeshman), Sail Away (Hardwick), The Night the Pugilist Learned to Dance (Fleeshman), What Say You Meg? (Fleeshman) and What Have You Got? (Sting and cast).

Each of these songs showed us a great background to the evocative tale that The Last Ship tells, of a community under attack as its crucial shipbuilding industry begins to fail. The performers and Sting himself delivered the songs with huge passion, despite, as Sting himself commented, the earnestness of the hour, with the event beginning at 10 am.

The Last Ship was initially inspired by Sting's 1991 album The Soul Cages and also, as referenced during the event, his growing up in a community where the biggest ships on Earth were being created, at the very end of their streets, towering above, blocking out the sun.

In response to an audience members question, cast member Charlie Hardwick also acknowledged the importance of the musical to herself and her family, having also been born in Wallsend, the setting of the show. The importance especially acknowledged with the plans of her thousands of family members planning on attending!

The show then heads off on an eleven-stop tour, visiting Northampton's Royal & Derngate between Tuesday 24 and Saturday 28 April.

Details and ticket available for Royal & Derngate at https://www.royalandderngate.co.uk/whats-on/the-last-ship/ 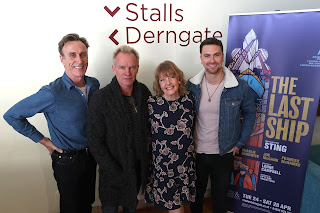 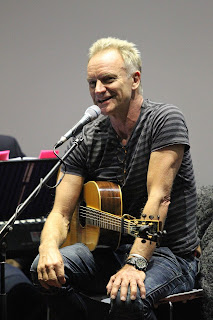 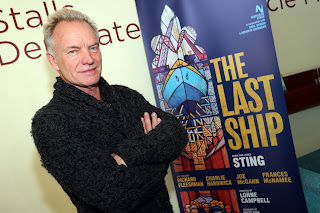 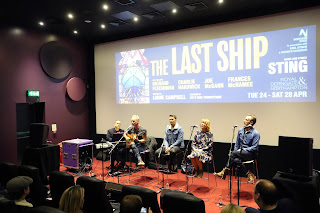