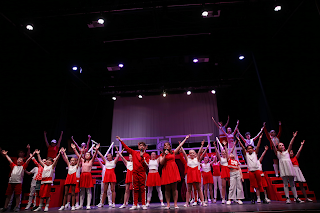 As a regular theatre-goer, and indeed reviewer, I have learnt over the years that not all theatre is really for everybody. It's pretty obvious a statement really, but with reviewers, unlike regular theatregoers, you end up by default attending shows you might not dream of going to see as a normal customer. Maybe High School Musical is one pretty close to the top of the list I would only see on "official reviewing duty", as it's not really for a 40-year odd person. However, beyond that, the Northampton Musical Theatre Company Youth Society has come up with a really pretty impressive production of Disney's classic teen musical. 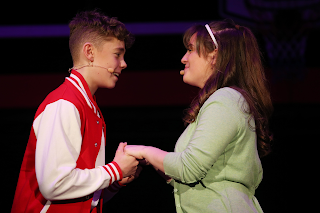 This is a very dramatic departure from the inaugural production of the Youth Theatre in 2018, Les Misérables (much more my thing), however, perhaps unsurprisingly it is better suited to the performers here. Their enthusiasm is even more evident to that previous production. Here, unlike the horrors of revolution-torn France, they can have fun, and they do with carefully controlled abandon. 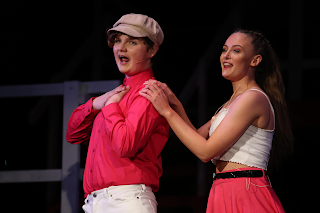 This enthusiasm and clear joy are much of the time what drives this lively production, as the whole company perform Fiona Luck's brilliant choreography, you can see that the performers not only believe in everything but also have put their all into the piece, and here is where director Katy Batchelor should also be congratulated. There are no moments of lost pace in this production, which a show like this would be killed by. Scene changes are swift, from both the adult production team, but also by the cast themselves, brilliantly done all around. 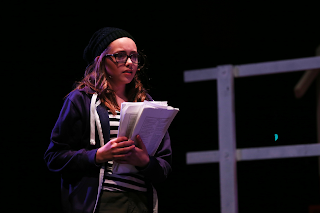 So, while this whole show is much about the company as a whole, there are also some fabulous individual performances. Ben Mineards as Troy Bolton and Eleanor Whitestone-Paul have formed brilliant chemistry that drives their relationship through the show. Their second act opening number of I Can't Take My Eyes Off Of You was a lovely highlight of the show as a result. Also, some nice basketball skills on display from Master Mineards as well. 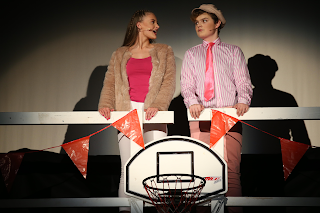 I absolutely loved Hatti Taylor's brilliantly awkward, but not overplayed Kelsi Neilson, and Anya Neal was a convincingly much older Ms Darbus. Matt Dixon's Coach Bolton was a domineering force over Troy, but also incredibly poignant towards the end in their family moment.

Emily Moss and Henry Patterson had a delightfully sparky relationship as twins Sharpay and Ryan Evans. Patterson particularly showing incredible vocals, stage presence and timing, a career on the stage beckons I feel. Perhaps scene-stealer of the show though came from Louise White's "worm" during detention, played with proper worm-style and some brilliant moments of comedy stares from the rest of the cast. The audience loved it. 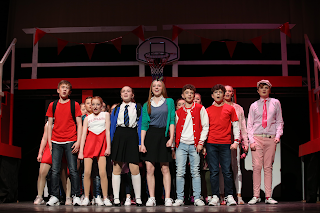 The songs themselves are an endless stream of bubblegum tunes, but this mostly matters not, this is pure fun. There is no denying that Stick to the Status Quo is an absorbing earworm, and brilliantly performed by the full company. Elsewhere What I've Been Looking For is superbly played two ways, and performed by both pairings with full belief. The whole thing ends on a lively megamix of the entire song list, which perhaps goes on a little long, and even this young cast is showing signs of weariness at the end.

The book from David Simpatico is lightweight in the extreme, but at least finds a little edge in the much better second act where a little more story makes itself known. 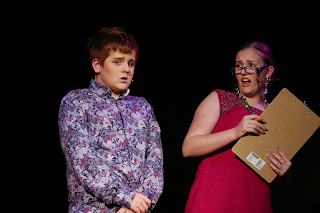 High School Musical did actually deliver everything I expected, it was full of great, but simple characters, fun tunes, and delivered by a cast that was just clearly enjoying the whole experience, and this, therefore, transmits to the audience, leaving even the grandparents clapping along at the end. I wasn't disappointed by it in any way, and I don't think any of the true target audience of a show like this would be either. Great fun! 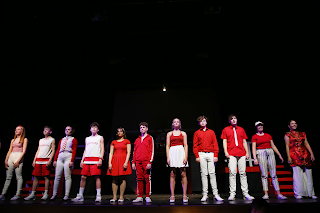