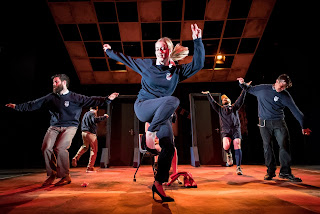 Today I have been attending my new school, Wordsworth Comprehensive, and the teachers are a really bizarre bunch.

Miss Turner (Kerry Lovell) was a little scary, but really rather sexy with it as well. She really is gorgeous to look at and stirs some odd emotions and fings in me. Can get awkward sometimes, but the desk helps. She really is brill at dancing like crazy in high heels as well, not that I was looking through the staff room window at her, or anything.

Headmaster Mr Mills (Tom England) is making all the baby-faced boys jealous with his exceptional growth on his chin and confused everyone with his real odd accent. A rumour going around school is he can put an immense amount of sand in a mug. Why, though, it is hard to fathom, and it's a weird skill to have really. 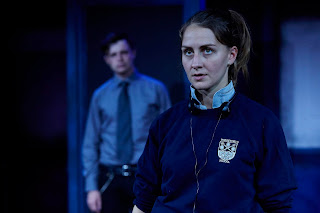 Talking of accents, the other new guy Tobias (James Newton) was sporting another odd accent as well, and randomly talking to people in the assembly, somehow he is able to freeze and control the other staff and pupils. He is really rather deadpan and appears to like cheese straws and catch tennis balls rather well.

Mr Pashley (Ben Vardy) is doing the usual job of continuing the tradition of making the P.E teacher the oddest teacher in school. I have heard that he keeps trying to get the other staff to the pub, but wisely, they keep declining. He had to take French today because Mrs Hicks is having a repulsive thing on her removed! Puke! Mr Pashley's French sucks though, he knows less than me, and his coat was making a weird beeping noise earlier as well. 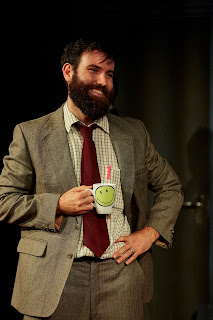 Mr McIntyre (Greg Shewring) I don't like at all, he has been really nasty to Emily and doesn't seem to like any of us pupils. I saw through a window, him and Mr Pashley having a fight, and I was really rooting for him to give Mr McIntyre a right pummeling. He has also been creeping around the lovely Miss Turner, she didn't seem keen, but I reckon he has got lucky there recently. I hate him even more now.

It was great to take one of Miss Belltop-Doyle's (Jesse Meadows) lessons today, although I did get hit by a hockey stick during a re-enactment of a battle at Tintagel Castle. I whacked them back hard though and broke one of the strings in my racket. Miss Belltop-Doyle is a lovely lady, hope to take lots of lessons with her.

I was chatting with classmate Emily Greenslade during the break and she is a bit of a tomboy, but nice really. I signed her petition to get on the York trip, we will get meanie McIntyre back one way or the other. I spent ages watching her bounce that tennis ball of the science block wall. 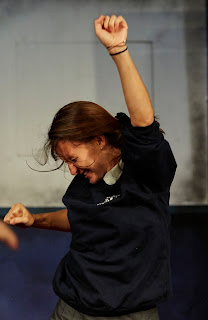 It's only lunch now, but I think today is going to be a really great day. There's a bouncy castle been erected outside the main building, by one of the history classrooms. I'll sneak onto that later.

The teachers are excited at the moment because of the prospect of loads of money coming in from that election thing yesterday. Apparently, this new Blair guy is all about education. The only time they haven't been talking about that, they have been talking about Katrina and the Waves, and us winning that song contest. Apparently, there is some dressing up going on later as well, I am looking forward to seeing what Miss Turner is wearing.

I am really going to like it here at Wordsworth, it's really fun and the music coming out of the staff room at breaks is really cool, very Cool Britannia in fact. 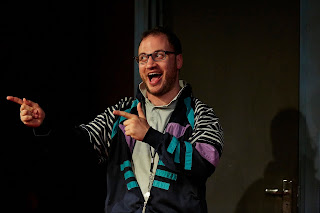