Much like An Evil Gathering of Infidels failed to live up to its same year devised buddy Orientation, Canterbury Tales has much to do so over Accused this year and sadly like Infidels is doesn't succeed, and in fact sadly fails much more so. As ever, little to do with the performances, which for the best part are top notch, but more because of the consistency of the material. Just like the distance Chaucer's pilgrims travel during their story-telling contest, here lies an immense gulf between the interest, and frankly boredom of some of the segments occurring here.

It probably doesn't help that I have a nonchalant regard for Chaucer, having certainly studied him at school, I frankly, quickly forgot him (although I definitely had a flashback to The Miller's Tale and the red-hot coulter) and have never really encountered him since. 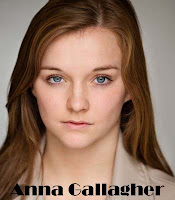 The Miller's Tale ironically provides the best entertainment from Canterbury Tales, although you get to hear it twice (and repeats are a theme in this, more later), both times are wonderfully presented. We have ultracool, a quite posh at times, and confidently strutting telling from Anya Gallagher, and then the jack the lad, extremely sweary telling from Jake Wyatt. Both are hugely entertaining segments, and even if you have little knowledge of Chaucer, chances are, once the bottom is sticking out the window, recollections will begin.

The Miller's Tale is told twice, and this tells a little about one of the issues of this version of Canterbury Tales. Many of the tales are inexplicably told more than once, one of which we have four versions. While this allows them to be told in perhaps clever and different ways at times, it doesn't really help the boredom level, which sadly does rear its head during this show. 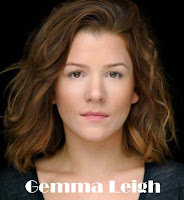 The most thrilling moments are when we have been presented with something truly different. The Pardoner's Tale is a true highlight, presented in mime by Gemma Leigh, Jason Pile and Oliver Franks (and did I really see you struggle to remove a non-existent knife from your back pocket? Brilliant little snippet of an idea if you did). The Franklin's Tale was also a highlight of the show with a gorgeously sung version by Bryony Ditchburn. Elsewhere, in supporting roles, as much as their own tales they had to tell, both Alexandra Pienaru and Ceara Coveney once again shone in this production.

The visually most impressive tale though was The Monk's Tale, presenting the full company in a riot of eye-gouging loveliness. This was executed brilliantly, and the red ribbons an impressive representation of the whole event.

When we arrived, we had been presented on our seats with both the usual programme and on this occasion a map of the church. On this were the tellers that were to come, and this perhaps at this time suggested an effective pilgrimage of us the audience as well, around the church. We moved twice as it turned out, and perhaps, in the end, this was a disappointment, as both the feeling that this might happen, and the eventual slight lack of activity was a further disappointment.

The staging was dynamic and there is no doubt that Canterbury Tales had some inspiring use of the church space. Unfortunately, this did on perhaps too many occasions see the audience either awkwardly twisting around in the pews, or just facing forward listening to what was happening behind them. This culminated also in an epic disaster of an end show as well, as full cast behind us sang the final song, we applauded, either twisting around, or again facing forward, backs to the cast, and then the applause slowly died out as the cast made their way to the front, and we found ourselves beginning to applaud again after an awkward pause. All rather putting a damp squib on the final moment sadly.

Canterbury Tales did have much to like, it was well performed and there were undoubtedly some entertaining sequences, sadly there was an awful lot of fluff in between, which left a lot to be desired. 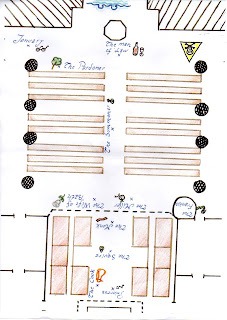